The IT infrastructure for Proliance Surgeons was already on its last legs three years ago when the specialty surgery group hit a sudden growth spurt — a 15 percent boost in new patients and procedures that left IT staffers at the Seattle-based, physician-owned practice struggling to keep pace.

“The network, the data center, our storage, they were all straining, trying to absorb and accommodate that level of growth,” says Proliance CIO Curt Kwak, whose small team of 36 IT specialists supports more than 2,400 employees across 100 clinics and ambulatory surgery centers in western Washington state.

Those concerns prompted Kwak and his team to launch a proactive effort that began with upgrading all existing Cisco Systems equipment in the data center.

The network, however, was a different story: Instead of replacing Cisco networking gear with the next iteration, Proliance’s IT team opted to upgrade to software-defined networking enabled by the Cisco Application Centric Infrastructure (ACI). The solution improved management and efficiency of the company’s networks.

Software-defined solutions such as SDN use virtualization to separate systems management from the underlying hardware. It provides IT administrators with centralized control of networks and other data center components, enabling them to provision, prioritize and program their IT infrastructure. Healthcare organizations are adopting this technology in growing numbers to improve the automation, efficiency and reliability of their networks.

“The biggest single difference that we get with SDN is the level of control we have in our network management,” Kwak says. “We’re able to actually monitor and redirect the traffic in a very efficient way that we never could with a traditional network.”

Still, Proliance approached the move cautiously. The company took six months to complete a preimplementation study and reached out to Cisco and CDW Professional Services for guidance. 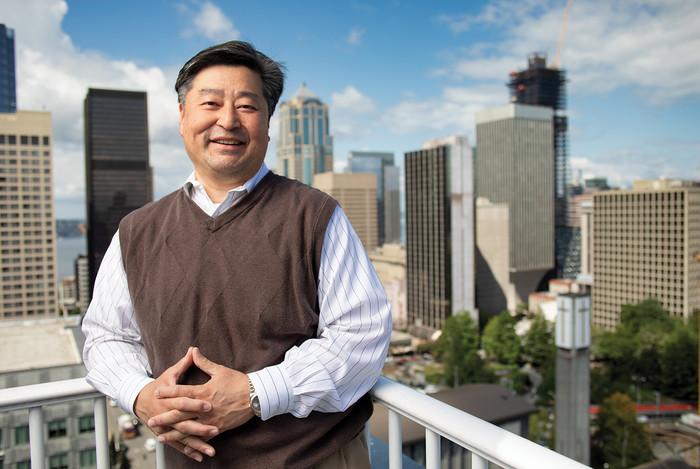 The biggest ­difference that SDN delivers over older networking technologies is in the level of control it provides to network ­management, says Curt Kwak, CIO of Proliance Surgeons. Photography by Rick Dahms.

“SDN isn’t something where you can just click on a switch and it works,” Kwak says. “It requires a lot of planning and a lot of foresight, because any mistake you make could actually impact your applications at the operational level.”

Basic implementation, which included the Cisco Catalyst 9300 core and perimeter bundle and the ASR 1000, was completed in late 2018, although migration of applications and services is ongoing.

The benefits are already evident. “We’re seeing everything run faster with zero latency or hiccups,” Kwak says. “And it has increased exponentially our efficiency at managing the network.

“If a clinical user calls in with a problem, we can actually see bits and bytes happening in real time to better diagnose the problem at hand. It gives us a level of visibility that we didn’t have before with the traditional network setup.”

As healthcare organizations increasingly rely on cloud, mobility and Internet of Things technologies to improve care and reduce costs, it makes sense that CIOs also want to modernize their networks and other underlying infrastructure, says Zeus Kerravala, founder and principal analyst for ZK Research.

“There are a lot of privacy issues, there is a lot of customer data, the data sets are fairly large, and there are more and more connected devices going in,” Kerravala says. “I think those elements combined really lend themselves to having the network modernized using SDN because the technology can assist with all of them.”

That mindset was crucial for Sharp HealthCare, a not-for-profit healthcare system based in San Diego. Faced with an aging data center, Sharp jumped at the opportunity to modernize using software-defined solutions.

In 2018, the IT team moved data to a colocation facility where it could be managed remotely via SDN. Sharp, which runs seven hospitals and numerous outpatient centers, also opted to utilize the Cisco ACI solution.

Using SDN, “you’re managing the entire network — all the data, all the apps — as a system rather than as a collection of switches,” says Sharp Network Engineer Kevin Rothstein. “All you have to do is define the policy, and the system pretty much does all the work under the hood for you. Once the base is configured, it’s truly plug and play.”

Such efficiency has saved Sharp’s busy network team of about a dozen employees valuable time once spent on time-consuming maintenance tasks.

“For the apps we’ve already migrated, I don’t think we’ve had to touch them much at all,” Rothstein says.

The move to software-defined solutions, including SDN, has been at the heart of a modernization effort for Nebraska Medicine and its academic and education partner, the University of Nebraska Medical Center. The academic health system runs two hospitals and 40 primary and specialty health centers staffed by 1,000 physicians and clinical researchers.

“I think it all goes to a larger question: How do we change the mindset from running IT at the lowest possible cost to really embracing technology as a strategic asset?” asks Brian Lancaster, vice president of IT for Nebraska Medicine. “What do we need to do to ensure that we keep IT in lockstep with the needs of the clinical enterprise?”

With a pressing need to decommission an aging data center and build a new one, Lancaster and his team saw an opportunity to modernize everything: computing, storage and networking.

Their first step was to virtualize and automate the new data center using VMware’s vRealize suite of products, a move that greatly boosted IT efficiency. Within this new software-defined data center, one engineer can manage 120 systems, compared with fewer than 10 systems under the previous data center.

What’s more, Nebraska Medicine researchers and other clients can now access a self-service portal to request — and immediately receive — IT services and infrastructure, a capability that saves the IT team roughly 40 hours per ticket.

“We can now do so much more for less,” says Lancaster, “and our researchers and clinicians are also able to be much more productive.”

SDN isn’t something where you can just click on a switch and it works. It requires a lot of planning and a lot of foresight, because any mistake you make could actually impact your applications at the operational level.”

The next step for the team was to virtualize the network. Utilizing SDN allows them to automatically redirect traffic between the two data centers, as well as to seamlessly pull in public cloud resources as needed.

Another SDN benefit: the ability to microsegment workloads such as patient or clinical data. That function makes it easier to manage network traffic and also adds another layer of security.

“Microsegmentation basically allows us to put a firewall around each workload,” Lancaster says, noting that the approach offers better protection against breaches. “Before, we had over 3 million open server ports, and there’s a security risk associated with each one of those.

“With microsegmentation, we’ve gotten that down to roughly 500 open ports.”

Moving the data center, setting up SDN and launching the migration of applications and data took the Sharp team 18 months. The work continues with storage virtualization.

“We are focused on changing and boosting the user’s experience through a full digital workplace,” Lancaster says. 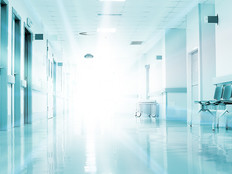