Halifax Health VP and CIO Tom Stafford talks at the 2018 CHIME Fall Forum about how a change in culture transformed his organization.

Six years ago at Florida-based Halifax Health, constant turnover in the IT department left systems and infrastructure fragmented, and perpetual understaffing left teams scrambling to keep up with the workload.

“We had no trust from our organization. We had low adoption as we tried to push things to our users. Our infrastructure was up and down like a yo-yo,” said Halifax Health’s Vice President and CIO Tom Stafford, speaking at the 2018 CHIME Fall Forum in San Diego this week.

One of the worst things, said Stafford, was that the turnover rate was 30 percent — which meant three IT staff members exited the organization every two months. “That turnover rate causes lots of issues in the IT department because work never goes away,” said Stafford. And by shunting the extra workload onto well-performing staff members, the organization was essentially punishing its hardest workers, fueling resentment and causing them to eventually exit the team as well.

“We were in a really bad spot,” said Stafford.

Today, the attrition rate in the clinical IT department is less than 6 percent, and it has been named one of the “Best Places to Work in IT” by Computerworld three times thanks in part to a major IT overhaul that’s cut downtime dramatically; upgraded servers, storage and wireless networks; and driven forth initiatives that have allowed doctors and nurses to improve care and simplify workflow.

What changed? The culture, said Stafford.

A Culture of Service Makes Room for IT Innovation

Change swept through the IT department in the form of a leadership organizational shift, and with that came the idea that the IT teams should be looking to the clinicians for tech cues.

With this new mantra in mind, IT forged ahead, first eliminating its strategy documents and replacing them with four core objectives: customer service, maintaining operational stability, improving the operation and safeguarding patient data.

“The idea behind these objectives was: If I make the road wide enough and I allow people to work within those boundaries and against these four objectives, they’re doing the right thing at the hospital and it provides empowerment, too,” said Stafford.

“On our tech side, it connected everybody to how the things they do on our infrastructure actually help patient care,” said Stafford.

Halifax Health also began mapping out an infrastructure refresh cycle, with a five-year plan in place that would allow the department to replace the organization’s underlying IT systems “with the right equipment at the right time.”

“We stay up because we can replace the right gear at the right rates. But then another really cool thing happened, which is that staff satisfaction went up,” said Stafford. This is because instead of constantly patching up old systems, IT staff can do what they do best and look for improvements or introduce new services, always expanding their own knowledge and growing in their own careers without having to leave Halifax.

“You can do a lot of great things when people stick around,” said Stafford. “Instead of just Band-Aiding things together, we get to work on quality of service and improving the speeds of all the systems in the hospital.”

The change in leadership principles and culture have had tangible results in services and patient satisfaction throughout the hospital. One “innovation win,” according to Stafford, is a service piloted and improved by the IT department that calls on data to identify immediately when a patient might be developing sepsis, providing “predictive and prescriptive” alerts to caregivers, who can catch and treat the issue right away if necessary.

Another example is a system that seeks to lower the waiting time in the emergency department.

“Our ED is really large, it’s 99,000 square feet and 102 rooms, so you don’t know what’s going on from one end to the other. So, we put in a system that really watches patient flow and alerts our users to solve problems,” said Stafford.

The system aims to improve operational efficiency throughout the hospital, cleaning open beds, for example, in order to improve patient flow and cut back waiting time.

These are just two of the many innovation wins that Stafford hopes to achieve as he works to cultivate seamless clinical efficiency throughout Halifax Health, bolstered by a dedicated IT team.

“We couldn’t have done any of this if we didn’t get a stable workforce,” said Stafford. “If you have a stable workforce you can do intra-operability — interoperability too — and that’s going to give you clinical efficiency. And — the most important thing — our caregivers can spend more time with their patients.”

Keep this page bookmarked for articles from the event. Join the conversation by following us on Twitter @CDW_Healthcare. 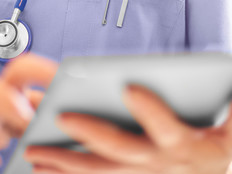 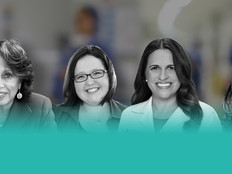 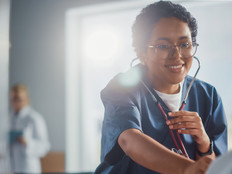