Preventable patient harm is a major issue in modern healthcare. One in 20 patients experience preventable incidents during treatment, with roughly 12 percent of those incidents resulting in permanent disability or death, according to a recent study published by BMJ.

Although preventable harm typically relates to drug dosages and invasive procedures, healthcare organizations are considering other factors that cause these incidents.

When it comes to medical devices, preventable harm is often the result of human error because of device complexity. One way to combat this problem: software that provides a modern user interface.

“Medicine, especially medical devices, are way in the past compared to other industries, particularly consumer industries,” says Roger Mazzella, senior project manager at The Qt Company. He says medical devices should be more intuitive, with a UI that’s more like what people are used to seeing on smartphones.

This mindset is becoming more critical as the next generation of younger, tech-savvy users enters the healthcare workforce or requires a medical device for themselves or a loved one being treated at home.

“I saw a video on Facebook a couple of months ago where they put a rotary phone in front of a bunch of third graders” and they didn’t know what it was, Mazzella says. “That’s where we’re going in medical.”

MORE FROM HEALTHTECH: The FDA debates the framework for AI-based medical devices.

Ways Modern Devices Can Break into the Mainstream in Healthcare

Over time, more clinicians will expect medical software that’s more intuitive and even enjoyable to use.

But the real push for modern UI will come from companies that are already driving consumer tech trends: Apple, Amazon and Google, says William Greenrose, managing director of regulatory and operational risk at Deloitte & Touche.

Consider the Apple Watch: In 2018, the Apple device received Food and Drug Administration clearance for its electrocardiogram feature, which incorporated easy-to-use prompts and instructions — a far cry from the blipping black-and-green screen in a hospital room.

Given that medical devices are highly regulated, however, this new tech can occasionally be held back — both by the process and medical device companies.

Receiving FDA clearance is part of that battle. While it can sometimes be easier to achieve if a device is predicated on another device that’s already cleared, getting the OK for a new piece of technology can be expensive and time-consuming.

Rapid prototyping, in which a device model can be quickly fabricated using 3D computer-aided design, could be a solution.

For smaller medical device companies, Mazzella suggests designers seek feedback from users early in the process. “If you can get user feedback way, way early, even in the fuzzy front end of development, it’s ideal. Now you can start plotting your direction.”

Even with a slow pace of change, there’s still an incentive for hospitals to care about the UI evolution, especially as it relates to reducing preventable harm statistics.

“Medical devices are built for a seven-, 10- and sometimes up to a 20-year life span, which makes it more profitable for hospitals to have outdated technology that works but isn’t the most modern,” says Mazzella, who notes that the risk of human error will increase as devices grow outdated.

“It’s going to become problematic if we don’t speed up the modernization of these user interfaces.” 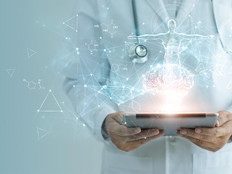 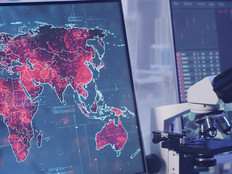 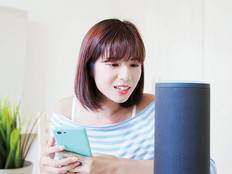