Before Michigan Medicine began its Windows 10 upgrade, the medical center announced the impending project to staff. Its Health IT and Services department didn’t want anyone to be surprised.

Once word spread, HITS educated employees about the process. The IT staff scheduled meetings with departments, indicated how many devices would be affected, went over schedules and explained what to expect.

“As we do more rollouts, the process has gotten better,” says John McPhall, HITS senior director of architecture and operations at Michigan Medicine. “Now we might get one person on a floor calling with questions.”

McPhall divided the project into three sections and assigned IT staff members to lead each of the rollouts. He met regularly with the leads, who often raised issues and discussed solutions. A common concern was that users didn’t want to upgrade.

“When you walk into a research center with a telescope that’s 15 years old and a small company supporting it, they’re very hesitant to let you touch that device,” McPhall explains. “They may be in the middle of a research grant.” 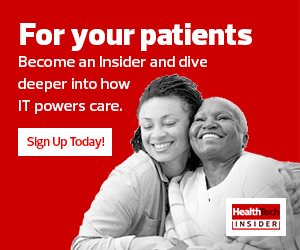 Rather than leave the Windows 10 migration team leads to deal with this pushback on their own, the organization’s IT leaders created a document that explained what was going to happen and that the process was supported at the highest levels of the hospital. If users insisted they couldn’t upgrade, they had to meet with security personnel and go through a process to get an exemption. “If we showed them that document, it stopped that back and forth,” says McPhall.

Another hurdle has been backing up devices. Some users regularly back up their computers, while others only store data locally, so instead of spending 30 minutes to back up devices on a floor, it could take six hours, which was slowing down the project, says McPhall.

He met regularly with the leads of his three upgrade teams, and when they identified the backup problem, they devised two solutions. In the medical center’s main facilities, they backed up devices to the cloud. In the clinics, which have slower network speeds, they used a network-attached storage solution.

The team-lead meetings, which addressed other issues that arose during the upgrade process, were extremely valuable, says McPhall.

“Make sure you’re evaluating where time is being spent and how you can improve,” he advises other organizations planning similar projects. “Now when I ask what big issues are coming up, it’s almost silent.” 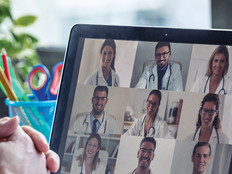