Pagers, at one time both a symbol of status and an annoying distraction, have become passé. In a world with smartphones, virtually no one needs a device with limited communication functionality — except in healthcare.

Nearly 80 percent of hospitals still use pagers, according to a recent study in the Journal of Hospital Medicine. Maybe that’s apt, as pagers first found their footing in hospitals, beginning in New York City in 1950, when they cost about $120 per month in today’s dollars. Healthcare organizations needed to make doctors more reachable for their patients, and they still do.

Even as consumers shifted away from pagers to two-way texting devices, then to cellphones, then to smartphones, pagers have persisted in hospitals.

What Is a Hospital Pager?

The first one-way radio communication system was deployed by the Detroit Police Department in 1928. The first telephone pager was patented in 1949 by Al Gross, and used in New York’s Jewish Hospital in 1950.

A pager then looked like a remote control with an antenna. It weighed six ounces, had a 25-mile range and a battery that lasted six months.

Motorola came up with the name “pager” in 1959, and ran away with pager technology by introducing the first tone-only pager in 1964, called the Pageboy. Doctors would hear the tone (or beep, hence the nickname “beeper”) and call the hospital operator for a message.

Tone and voice pagers came along in the 1970s and could not only alert a doctor that he or she was needed, but also explain why. Alphanumeric displays followed in the 1980s. Worldwide use climbed from 3.2 million pagers in 1980 to 61 million in 1994.

Why Do Hospitals Still Use Pagers?

In the Journal of Hospital Medicine study, 49 percent of respondents said they receive patient care–related messages most commonly by pager. A study in the journal BMJ Quality and Safety also found that paging rate and volume have not decreased in 25 years despite the introduction and use of new technology.

Pagers continue to live in hospitals in part because they work where cellphones won’t. Hospitals have cellular and Wi-Fi dead zones, particularly in spots where walls have been built to stop X-ray exposure. Pagers get the same kind of range as an FM radio station, and signals go to multiple satellites instead of just one, as cellphones do.

“This redundancy increases the reliability of the message getting through, because if one tower is down, the others are usually working,” Dr. Shoshana Ungerleider, internist at Sutter Health’s California Pacific Medical Center, tells MSN. She also adds that pagers have a long battery life, which means they need to be charged only every week or two, compared with smartphones, which must be charged at least daily.

Pagers also work when cellular networks are down or turned off, as happened during the 2013 Boston Marathon bombing.

There’s a patient security angle too: Encrypted pagers are seen as being less hackable than smartphones, while also being HIPAA-compliant. “They send only numeric messages or basic text messages,” pediatrician Dr. Jarret Patton, founder of the coaching and consulting firm Doctor Jarret, tells MSN. “This way, no confidential information can get in the wrong hands, as could happen with a cellphone.”

This doesn’t mean doctors love them. “I still remember the excitement and anticipation of receiving my first pager as a medical student. It meant the years spent hunched over a textbook were over; I was entering the fray of patient care,” Dr. Allison Bond writes in Slate. “That feeling quickly turned to irritation as I became painfully aware of pagers’ shortcomings,” which include their “rude, sudden blare, with a knack for jolting me awake on call just as I drift into a shallow, anxiety-ridden sleep.”

But pagers are still in use because they’re low maintenance, rarely need to be charged (and thus continue working during power outages) and can send group messages almost instantaneously (enabling healthcare providers to quickly notify a medical team of an emergency).

Other technologies that offer more flexibility and valuable capabilities may ultimately replace pagers on the medical landscape, but for now, pagers are still a part of the scene. 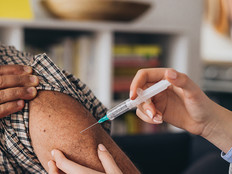 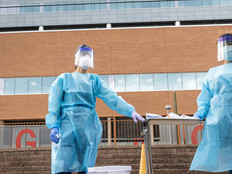