With a federal mandate for electronic prescribing of controlled substances for the Medicare Part D program set to go into effect on Jan. 1, 2021, providers, pharmacies and benefit managers increasingly are stepping up efforts to deploy relevant technology. Organizations that have already done so to comply with current or pending state regulations are finding that while the technical process isn’t easy, there are plenty of benefits.

Hartford chose Imprivata Confirm ID, in part because it was compatible with the vendor’s already deployed OneSign single sign-on solution.

EPCS technology also must meet a two-factor authentication threshold and ensure full compliance with Drug Enforcement Administration requirements to establish a secure, auditable chain of trust. For example, one of the key DEA requirements for EPCS is provider identity proofing. All providers, including those already prescribing controlled substances on paper, must have their identities validated before they can begin prescribing controlled substances electronically. The DEA requires that organizations check a provider’s government-issued photo ID and other supporting documentation before issuing a two-factor authentication credential to digitally sign an EPCS order.

Before EPCS, state and the federal guidelines had a disconnect, making prescribing processes very complicated, he says. For instance, the same medication might be treated as controlled by one entity but not by another.

“Different pharmacies had different policies about what drugs were held to the requirements of controlled substances as well. It was a big dilemma. It was really a mess,” he says.

EPCS, secure clinical messaging and other technologies help improve the safety, accuracy and security of controlled substance prescriptions, says Ken Whittemore, vice president of professional and regulatory affairs at Surescripts, a nationwide health information network. Technology can help identify, for example, patients who have more than one prescription or who have seen multiple physicians in search of one who will prescribe them a controlled substance, a practice known as “doctor shopping.” Software can also cancel prescriptions when appropriate to prevent prescription opioid duplications or redundancies.

Pharmacy benefit managers are also working to combat the opioid crisis and fraudulent prescriptions using electronic prescribing tools. It’s hard to measure exactly how many inappropriate opioid prescriptions are addressed through use of these solutions, but there’s plenty of anecdotal evidence that they work, Whittemore says. For instance, since New York adopted an EPCS mandate in 2016, it has significantly reduced the theft of paper forms. With nearly 94 percent of controlled substances now prescribed electronically, individuals simply no longer have access to prescription pads to steal.

Surescripts helps its network participants and vendors comply with existing rules, including DEA regulations, and prepare for the new federal mandate with online educational materials.

“A lot of people don’t understand the extent to which e-prescribing has become the standard,” Whittemore says. “Over the past 10 years, electronic prescriptions have jumped from single-digit percentages to around 77 percent.”

Because Hartford employs a BYOD policy, it loads users’ iPhones and Android devices with Imprivata’s smartphone application, which uses push token notification and, in some locations, fingerprint biometrics. Even though many clinicians were part of the effort to choose the solution, Erman says he still had to embark on awareness campaigns to ensure that all ­of the providers who prescribed controlled substances within the organization understood the necessity of the technology and what was required of them.

He and his team ran reports in the electronic health record to identify those providers, ultimately compiling a list of roughly 2,000 individuals.

“You need to teach your providers that you are going to help them practice medicine safely and legally,” Erman says. “You’re not forcing this on them; you’re helping them do it.”

The efforts paid off in physician compliance. On go-live day in January 2018, more than 73 percent of Hartford’s doctors issued electronic prescriptions for controlled substances. By day 40, the number had climbed to more than 94 percent. Today, 99 percent of controlled substances are electronically prescribed. Physicians can use the system from any location thanks to Hartford’s deployment of VMware Horizon for desktop virtualization, which Erman says works well with the EPCS solution. 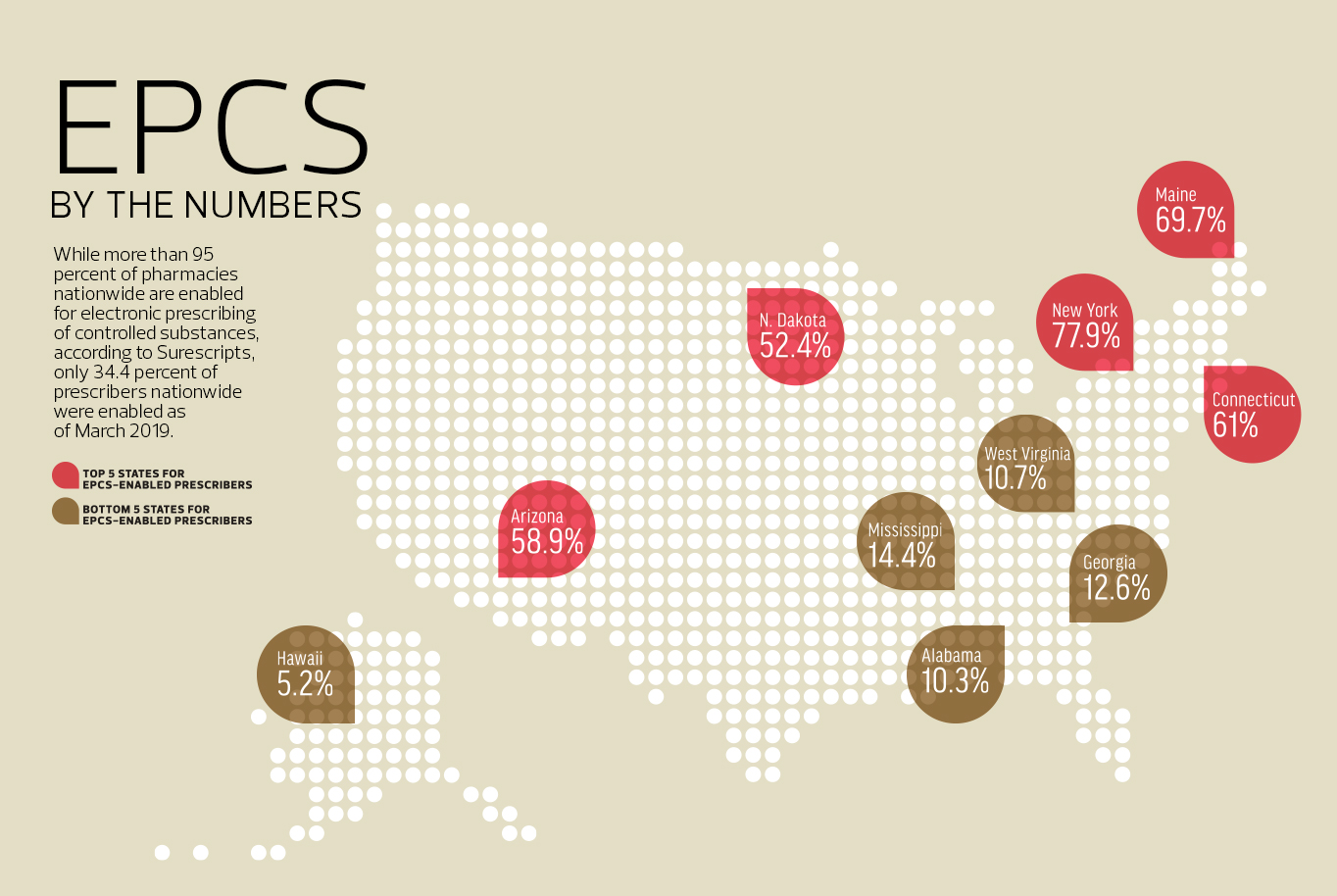 Confirm ID also allows prescribers to easily shorten the duration of prescriptions and allocate fewer pills per patient. For example, Hartford has changed its EHR default from a 30-day supply of pain medication to a 10- to 15-day supply.

“It’s a great safeguard,” Erman says. “It’s made a big difference. There are fewer pills on the street.”

Using data analytics and machine learning, Express Scripts can serve up information about insurance coverage and copayments, conduct safety checks and suggest alternative medications that don’t require preauthorization or that will cost patients less based on their insurance coverage. The program is a partnership with Surescripts, which connects virtually all EHR vendors, PBMs, pharmacies and clinicians, plus an increasing number of health plans.

In addition to checking benefits in real time, Express Scripts has invested in clinical direct messaging to replace fax and mail communications and alert physicians to patient safety concerns, such as drug interactions or overuse.

It also flags patients who don’t fill their prescriptions on time and finds opportunities to move patients from more expensive, nonpreferred products to preferred products. Electronic prior authorization can return approval decisions quickly, usually within minutes.

Surescripts uses Apache Hadoop to report and parse data, along with other platforms and software programs. 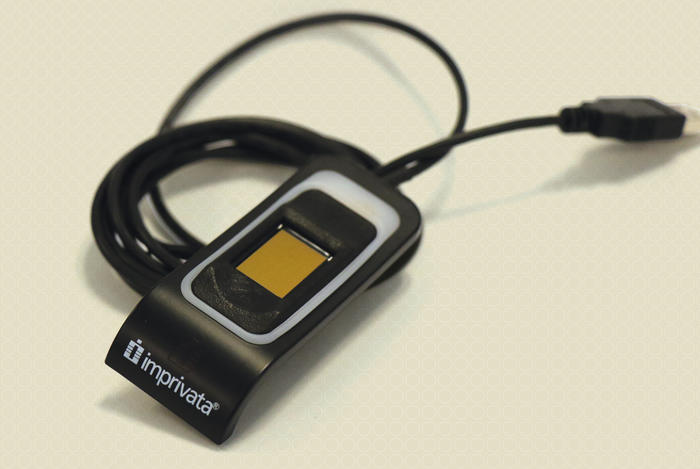 “We’re enabling physicians to see a wealth of information about the patient prescription benefit at the point of care,” Nowak says. And it’s fast: Results come back in less than two seconds.

Once both physicians and patients get a taste of the benefits of electronic prescribing, “it will become the expectation,” says Jacqueline Hager, real-time prescription benefit product manager at Surescripts. Erman highlights other advantages as well, including greater efficiency for physicians and patients. Using EPCS, doctors don’t have to take as many follow-up calls from pharmacies and can more easily prescribe refills, he says.

For instance, it used to take about three minutes and 30 seconds to enter a prescription into a computer, print it out, pick it up, sign it and give it to the patient, Erman says.

The electronic process takes about 30 seconds. “That time can be spent educating the patient about the prescription,” he says. “It all improves both physician and patient satisfaction.” 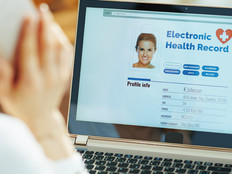