As providers increasingly turn to telehealth to enhance patient care offerings, legal issues are top of mind for organizations deploying the technology, said experts speaking at the American Telemedicine Association’s annual conference in Chicago on Monday.

Among issues of particular interest to providers discussed by the panel were reimbursements and cross-state licensure. Terrence Lewis, senior associate counsel for the University of Pittsburgh Medical Center, said much of what’s approved — or not — for Medicare and Medicaid reimbursements depends on recommendations from the Congressional Budget Office, which he thinks needs to alter its thinking when it comes to determining how telemedicine provides value.

“We know that there are cost savings in telemedicine,” he said. “There are population health management benefits. It’s not necessarily just cutting back on how much money we spend, but it’s saving money. It’s saving money from patients having to go back into the hospital because we caught something through our remote patient monitoring or we caught something at one of the outpatient telehealth consult centers.”

“I think they really need to recalculate that and think about it,” Lewis continued. “I openly challenge our federal government to raise the bar here, because I think we have incredible data now and this is not the future. I’ve lived the future, it was 12 years ago. This is where we’re at now.”

On the topic of cross-state care and licensure, Kristin Schleiter, a senior legislative attorney with the American Medical Association, said there’s been a lot of movement on development of the Interstate Medical Licensure Compact, an agreement that aims to help expedite licensure for qualified physicians who want to practice in multiple states. That’s especially important for physicians in organizations that provide care in multiple states and use telemedicine to treat patients across state lines.

However, she noted that broad adoption of the compact has been slow: Only 22 states, plus Washington, D.C., and Guam have signed on so far, a result she believes is partly due to early misunderstandings by the FBI of how the compact works. Initially, Schleiter said, the agency worried physician background checks would be shared among medical boards in different states; a physician’s originating state medical board merely vouches for its doctors seeking licensure in other states, she said.

While the FBI is now on board with the compact, Schleiter said, it’s taking time to gain widespread acceptance. There currently are bills to accept the compact on governors’ desks in Maryland and Vermont, she said, and she expects Rhode Island and Georgia to join within the next two years, as well.

“We expect to get to the tipping point either this year or early next, where we have half the states signed on,” Schleiter said.

Still, Lewis said, even as efforts like the compact streamline the licensure process, providers must protect themselves with liability insurance in multiple states. He believes lawsuits challenging the ability of physicians to treat patients across state lines — even with a valid license — are inevitable.

There will be an awful lot of lawsuits. It’s the nature of healthcare; there’s risk involved. I tell new physicians all the time, we’re not going to assign you any work that we don’t have malpractice coverage for. … At the end of the day, you do have to check [your malpractice insurance] because if you’re beaming out to other states, they have limits. … We will get a case, I’m sure there will be a case. And that first big case will be on the cover of the Wall Street Journal. It’s going to be a challenge to this industry. That’s something we’re all going to have to deal with. 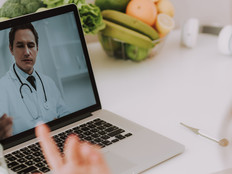 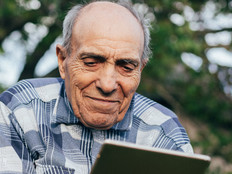