Providers admit that improving population health outcomes is more difficult than it sounds. Yet, it’s necessary, not only because of the move toward value-based care, but also for managing the health needs of a growing and aging population.

Despite spending nearly twice as much on care, population health outcomes in the U.S. are significantly lower when compared to other high-income countries, a new report by the Harvard T.H. Chan School of Public Health, the Harvard Global Health Institute and the London School of Economics finds. This higher spending on healthcare can be attributed in many ways to chronic diseases, which account for 86 percent of all healthcare expenditures, according to the Centers for Disease Control and Prevention. Moreover, in the U.S., nearly 50 percent of the population has one or more chronic diseases, the CDC notes.

When it comes to tackling both chronic disease and the increased healthcare spending associated with it, a six-month study by Massachusetts General Hospital may have cracked the case, which found that having trained population health coordinators on staff helped to significantly improve health outcomes for patients with chronic diseases.

Pop Health Coordinators Make All the Difference in Chronic Care

MGH launched a study in 2014 across eight of its 18 primary care practices to track patients with diabetes, hypertension and cardiovascular disease in order to help them and clinicians better manage their care.

To do this, the health system assigned population health coordinators to participating care facilities. They received special training on the use of electronic health records and clinical registries.

The coordinators “met regularly with practice physicians to review information on patients who needed additional clinical intervention and to develop action plans ranging from ordering overdue laboratory testing, to obtaining results of in-home blood pressure monitoring, to scheduling office visits,” a press release from MGH states. Through this partnership, the physicians could better understand the full picture of a patient’s health. Physicians used EHR and clinical records to see if patients were receiving monitoring or testing appropriately and whether they were approaching or achieving their goals. Clinicians set target A1C levels for patients with diabetes, for example, and target cholesterol levels for patients suffering from cardiovascular disease.

The results of the study, which were published in The American Journal of Managed Care in late 2017, found significant improvements in patients whose physicians had worked with a population health coordinator to make better use of digital health tools.

“Population health management and clinical registries can identify patients with gaps in care outside the context of a face-to-face clinical visit, allowing the health care team to take action,” says the lead author of the report, Jeffrey Ashburner, of the MGH Division of General Internal Medicine, in the press release. “Our study demonstrated that dedicated centralized personnel working with practice staff can have a significant impact on improving outcomes for patients with chronic disease.”

As a result of the study’s success, MGH rolled out the program to the primary care network on a larger scale.

“Since our study was limited to six months, after which the program was expanded to all MGH primary care practices, we need longer-term follow-up to assess outcomes over time,” says Ashburner, who is also an instructor in medicine at Harvard Medical School. “But our results clearly show that a population health management program in which centralized coordinators work closely with practice staff provides even greater improvement in clinical outcomes for patients with diabetes, cardiovascular disease or hypertension.”

Massachusettes General Hospital is on the bleeding edge of care. Check out how the hospital's senior director of telehealth, Sarah Sossong, makes telemedicine accessible to both patients and providers in our latest video. 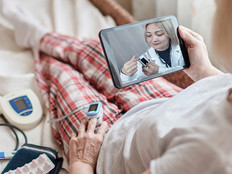 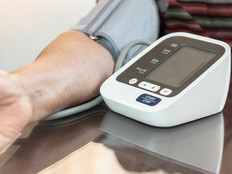