The largest telehealth program in the country is about to get even bigger.

The Department of Veterans Affairs and the White House Office of American Innovation announced earlier this month the expansion of the VA’s telemedicine program, already the country’s most robust. The telehealth expansion initiative comes in conjunction with two other health IT programs, according to the VA’s Vantage Point blog, that also rely on mobile applications to connect more veterans with care where they live.

The expansion largely aims to connect patients in rural America with providers in metropolitan areas.

With rural veterans facing long treks to reach a VA facility or the necessary specialist, telehealth has proven to be a key tool in bringing healthcare into their homes. The technology is saving rural communities an average of $41,000 a year in travel costs and lost wages, according to a recent report by the NTCA Rural Broadband Association. And for rural veterans in particular, a 2014 study found that telehealth access was making veterans healthier, reducing readmission rates to hospitals by 35 percent.

“We’re removing regulations that have prevented us from doing this,” Shulkin said during the White House announcement. “We’re removing geography as a barrier so that we can speed up access to veterans and really honor our commitment to them.”

Mobile Tech Brings Telemedicine to the Palm of Your Hand

To aid in the telemedicine expansion, the VA announced it would begin the nationwide rollout of its VA Video Connect app, which allows providers and patients to connect via live video on a computer, smartphone or tablet.

Already in use by more than 300 providers in 67 VA hospitals, the app will be available to all providers and VA patients by October 2017, promising direct, private access to care via an encrypted session.

And with a shortage of behavioral health providers, connecting veterans with mental healthcare will be a central area of the application, Shulkin noted during the announcement.

“Mental health and suicide prevention; this is one of those areas that we can really use that expertise,” he said.

The last element of the telehealth expansion is the national rollout of the mobile scheduling tool, the Veteran Appointment Request app, for which the VA recently awarded a $19.6 million contract. The app, available via smartphone, tablet or computer, will allow enrolled veterans to self-schedule or request primary care and mental health appointments.

In its initial rollout, patients used the app to book more than 4,000 appointments, the VA’s VAtage Point blog reports. It’s now working in 18 regions, Federal News Radio reports, and the VA is planning to expand its use to the rest of the country.

“These accomplishments are only the beginning,” President Donald Trump said during the press conference. “We will not rest until all of America’s great veterans can receive the care they so richly deserve.” 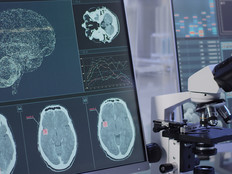