Artificial intelligence (AI) is changing the health landscape, and IBM’s Watson is leading the way. While there’s some apprehension around exactly how much and how quickly Watson can change the health field, there’s no doubt that the technology is well on its way to leaving its mark on healthcare.

A new report released in early June during the American Society of Clinical Oncology annual meeting found that when pilots at hospitals across the globe used IBM’s cognitive computing clinical support tool Watson for Oncology to diagnose cancer, the AI’s treatment recommendations were in line with what doctors recommended.

The tool was trained in 2013 and then piloted in hospitals in India, Thailand, South Korea and Mexico, MobiHealthNews reports. At the Manipal Comprehensive Cancer Centre in Bangalore, India, Watson had concordance rates of 96 percent for lung cancer cases, 93 percent for rectal cancer and 81 percent for colon cancer.

IBM’s Deputy Chief Health Officer Andrew Norden told the source that these numbers reflect the same scenario as with human doctors, where several physicians disagree on a treatment plan. They are, essentially, what the company was hoping for.

“This is really exciting for us, of course, because what it means is this is really the beginning of showing really robust evidence of our solutions are working in practice,” Norden told MobiHealthNews. “Those numbers are where we want them. If concordance rate was 100 percent, that means every single time a physician makes a treatment, Watson has the same advice, so it would be easy to argue right there that it wouldn’t be offering any value at all. If it were way lower or even zero percent, that would point to a big problem too.”

He adds that the performance indicates that the tool can ensure that the most “robust and relevant” knowledge is involved in the treatment decision, although it certainly isn’t the only tool a doctor could need.

IBM Pilots Take Off in the U.S.

Now, with the aim to expand its clinical trial matching, IBM has moved on to several U.S.-based collaborations. In early June, for example, Hackensack Meridian Health, a 13-hospital system in New Jersey, announced it will pilot the clinical decision support tool alongside its clinical analytics vendor. Beginning with 10 oncologists and up to 500 patients, the aim is to “help oncologists make evidence- and outcomes-based clinical decisions for their cancer patients, which could reduce total cost of care,” the press release notes.

Watson will pull patient data and rank treatment options, providing context around each option. In the second phase of the pilot, Watson will look to provide insight on payments alongside these options.

“With the transition to value-based care, health systems are under increased pressure to provide accountable, high-quality care while keeping costs low. But clinicians lack the resources that can help them identify optimal treatment options at the point of care, limiting their ability to achieve value,” said Dr. Andrew Pecora, chief innovations officer of Hackensack Meridian Health. He adds that with the pilot, “providers like Hackensack Meridian Health will now have the necessary tools to achieve the highest possible performance under all types of value-based models and cutting-edge cancer care.”

Taking the technology one step further, patients at Thomas Jefferson University's Jefferson Health could soon be talking directly with the AI about their diagnoses and treatment options. Neil Gomes, the university's chief digital officer and senior vice president for technology, innovation and consumer experience, is looking to hook about 40 patient rooms to Watson via the Internet of Things through an ongoing partnership to build smarter patient rooms.

"We thought having this cognitive patient concierge in the room to answer questions — non-clinical questions at this point, but soon also clinical questions — was great value to patients as well as nurses and other clinicians that want to spend the time really addressing clinical issues in the hospital for all the patients that they serve," Gomes told ZDNet.

With the technology, the Philadelphia-based health system is hoping to gather data, as well as store and manage it more effectively, to provide more customer-focused digital innovations.

"Technology can help us tremendously in our space from orchestration, to early detection, through simulation ... we've seen the benefits of that and even our board and others are very much in-line with investing in that space," he says. 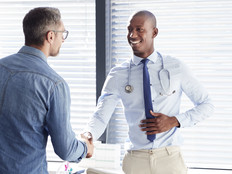 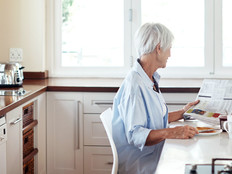