Supercomputing and artificial intelligence are helping biomedical researchers perform molecular modeling of the COVID-19 virus and compile the data that scientists require to develop therapeutics.

To support the research, NVIDIA, a designer of graphics processing units (GPUs), has joined the COVID-19 High Performance Computing Consortium and will provide access to 30 supercomputers with more than 400 petaflops of compute performance. The consortium also includes tech leaders such as IBM, Google and Microsoft in partnership with the federal government and academia.

Since the NVIDIA team joined the COVID-19 HPC Consortium in early April, researchers at the University of Texas at Austin and the U.S. National Institutes of Health have used the company’s GPUs to create 3D atomic-scale maps of the spike protein — a molecule that attaches to the virus and infects host cells.

“It’s essentially the blueprint of what you’re trying to go attack with chemistry, and it will get us more viable solutions quicker,” says Kimberly Powell, vice president of healthcare at NVIDIA.

“The reason why GPUs are so important at a very basic level is they can do the same kind of computations on massive amounts of data in parallel, versus CPUs, which tend to have to do them serially,” O’Donnell says. “That translates into dramatically faster performance on certain types of projects and certain types of data sets.”

READ MORE: Learn what computer vision's use in healthcare can offer providers.

Simulation of activity in the human body requires a massive amount of computation for nanosecond-scale computing, according to Powell. The work with GPUs involves sequencing the viral genome to find out how fast the virus spreads and mutates.

“All of the work we do to understand this virus can be GPU-accelerated,” she says.

How AI Helps the COVID-19 Effort

Using supercomputing and GPUs to develop an atomic-scale model of the spike protein helps researchers understand the biological structure of the virus. And genomic sequencing, in partnership with Oxford Nanopore Technologies, is a key part of the research.

Scientists can inject a chemical compound to see if they can stop the protein from entering cells. Researchers then perform cryogenic electron microscopy to study the proteins and produce terabytes of “movie data” containing atomic-scale 3D models of a protein’s structure. AI and accelerated computing led researchers to build the atomic-scale map in a matter of days, according to Powell.

“These are things that used to take us months,” she says.

By studying the structure of proteins and simulating how they behave over time, biomedical researchers can develop the anti-viral drugs to fight the virus. NVIDIA has created what it calls a “time machine” for researchers, reducing the amount of time it takes to dock billions of compounds against the COVID-19 protein from three months to about 12 hours. AI and accelerated computing using Summit, the world’s fastest supercomputer, make this reduction in time possible. Previously, researchers would take five to 10 years to discover vaccines or drugs. Scientists use AI to enhance the capabilities of accelerated computing and study more patterns in the COVID-19 data.

All of the work we do to understand this virus can be GPU-accelerated."

“Combining AI and simulation allows you to essentially leapfrog your ability in simulation,” Powell says. “It informs your simulation, so you can do things at much larger scale and for much longer time scales.”

After researchers pull out the relevant data, NVIDIA works with developers to make the optimized data available on the NVIDIA accelerated-computing hub called NGC.

AI and supercomputing will speed up calculations and help researchers make faster correlations between large sets of data, such as spike proteins and human cells, according to Tracy Woo, a senior analyst with Forrester Research.

“When that answer is much faster, then you can help speed along this process a lot more,” Woo says. “It also just allows for the possibility of more and different types of scenarios and iteration.”

Building a Foundation for Fighting Pandemics

By combining technology research and the life sciences, the consortium will create a framework for solving future health crises. The combination of AI and supercomputing will arm researchers with data to fight future pandemics.

“What this is doing is creating what we call a computational defense system for the future infectious diseases that are going to come our way,” Powell says. 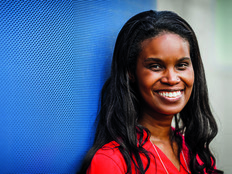 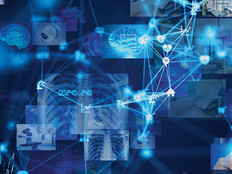