Interoperability in healthcare is a topic that weighs heavily on the minds of industry leaders everywhere. With Health Level Seven International’s Fast Healthcare Interoperability Resources specification rising up as a possible foundation for interoperability, adoption throughout the industry could prove to be a turning point.

In a show of willingness to help push industry adoption of HL7 FHIR — a draft standard that aims to improve data exchange among disparate technology systems — Microsoft announced last month that it’s releasing FHIR Server for Azure. The new product “empowers developers with open source software to move clinical health data into the Microsoft Cloud with the emerging standard HL7 FHIR,” according to a blog post from Heather Jordan Cartwright, general manager at Microsoft Healthcare.

“FHIR Server for Azure provides support infrastructure for immediate provisioning in the cloud, including mapping to Azure Active Directory (Azure AD), and the ability to enable role-based access controls (RBAC). Developers can save time when it’s required to integrate a FHIR server into an application or use it as a foundation to customize a unique FHIR service,” writes Cartwright.

She notes that the company has been working with both industry and government to deliver the open-source software, which is available on GitHub, and that it is built to empower developers as well as provide data security. With data standardized to FHIR, developers should be able to quickly manage and track workloads in the cloud, as well as “normalize the data for machine learning,” the company notes on its GitHub page.

“We believe the best way to support developers working with health data is to offer tools that allow them to come together — for collaboration, creation, sharing, and building on each other’s work. Building on the shared experience of healthcare standards communities, FHIR offers an extensible data model and a REST API to simplify the implementation and interoperability of health data,” Cartwright explains.

MORE FROM HEALTHTECH: Everything you need to know about SMART on FHIR.

This is just one of the most recent moves by tech giants to help improve data sharing in healthcare. Microsoft, in particular, announced its commitment to data sharing for industries at large at its Microsoft Ignite 2018 conference in Orlando, Fla., in October.

Commitment to data sharing in healthcare will become ever more important as the influx of health data all but explodes over the next few years.

In a letter written earlier this year, six prominent technology companies —  Amazon, Google, IBM, Microsoft, Oracle and Salesforce — pledged their commitment to a “common quest to unlock the potential in healthcare data, to deliver better outcomes at lower costs.”

The letter points particularly to improved interoperability in healthcare via artificial intelligence and cloud.

“The frictionless exchange of healthcare data, with appropriate permissions and controls, will lead to better patient care, higher user satisfaction, and lower costs across the entire health ecosystem,” the letter states. The company also acknowledges that “open standards, open specifications, and open source tools are essential to facilitate frictionless data exchange,” and that a commitment to create tools that further HL7 FHIR and other projects will be necessary to achieving that end. 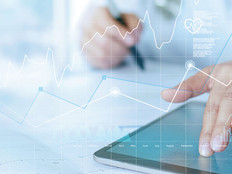 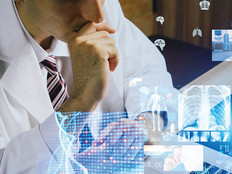 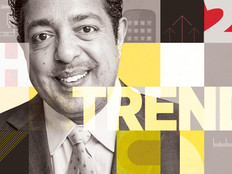