What if doctors learning robotic surgery could see exactly what their instructor was seeing while working on tissue? Instead of looking at the kind of screen anyone can buy at a big-box store, what if they could see impossibly high-resolution images with true-to-life colors, in 3D?

That’s what’s happening now in Celebration, Fla., at the Florida Hospital Nicholson Center’s 54,000-square foot robotic surgery training center. In May, the center installed three Sony 4K/3D monitors that have changed the way that robotic surgery is both taught and experienced.

Before the high-end displays were available, an instructor would teach the student on the machine while he or she sat at a console that provides a face display and hand controls. The face display provided the student with a “separate image to each eye,” which is effectively a 3D image, says Julie Holodak, senior marketing manager at Sony Electronics. Meanwhile, the teacher and other students would watch the demonstration on 2D monitors, seeing what the person at the console was seeing through just one eye.

Surgery Students Get in the Action with 3D/4K Displays

This method worked, but it had its flaws. Not only did the real-time images look different to the other students, both in depth and color, but the teacher often had to ask the primary student to move away from the console so the instructor could look at the 3D image in order to continue teaching.

To provide as much of an in-depth experience as possible, the Nicholson Center switched from 2D monitors to Sony 4K/3D medical displays. The facility now has three 55-inch displays with 4K resolution and passive 3D capability, meaning that those looking at the displays can wear passive eye shields to see the image in 3D (much the same way 3D movies work).

Now, Nicholson Center instructors don’t have to keep moving in and out of the console while teaching, says CTO Roger Smith. This makes teaching easier, and students can understand it more readily because everyone is looking at the same image.

Moreover, the monitors offer a more realistic view of the proceedings.

“The image on this giant monitor is incredibly bright, and the colors are very real to what you see inside the body,” says Smith. “We’ve had a lot of comments about how it’s so much easier to talk about the vessels and the underlying layers in the tissue that before didn’t come through on these external 2D monitors.”

Right now, about 40 hospitals and teaching hospitals have the Sony 3D/4K monitors (the monitors are compliant with medical standards, so they are also used operating rooms).

Because the Sony 4K/3D monitors have such high resolution, many of the issues that can plague lower resolution screens — light reflection on the screen or “ghosting,” which is where dark images become blurry around the edges — are no longer a problem.

“He thought it would be best to display on the 4K/3D and show the value of it alongside the robot for training and education,” said Holodak. “We decided to install the equipment there for them to give us some evaluation of how it will improve the process of teaching and education and improve surgical techniques. From there we developed a great partner.”

The monitors are also equipped with 3D recorders, which allow teachers and students to create instruction that goes beyond those in-house sessions. When students complete training, the Nicholson Center gives them flash drives of their sessions to refer to in the future, alongside recommendations for improvement and skill exercises. Smith also anticipates using those recordings as a new resource for instruction.

“Currently we teach all of our courses live, but we see that eventually we’ll have this library of content,” Smith says. “We want to turn that 3D content into part of a course, where the surgeon and the tissue don’t have to be there but students can still see what happened.”

The Nicholson Center is one of 93 educational institutes to receive accreditation from the American College of Surgeons, and when it comes to attracting prospective students, the 3D/4K monitors offer a competitive edge.

“It makes a difference to potential students,” says Smith. “We think it makes our courses more attractive and instructive to the students, and easier for the instructors to do their job.” 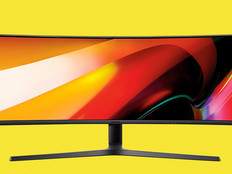