While 3D printers have already caused quite a buzz in the healthcare field — facilitating difficult surgeries and opening the door to low-cost prosthetics — the concept of bioprinting on a large scale has eluded the industry for the most part. But a recent breakthrough from Carnegie Mellon University’s College of Engineering could change all that.

Bioprinting, or printing laboratory-grown cells in order to form living structures, has the ability to profoundly transform healthcare.

“The approach could revolutionize regenerative medicine, enabling the production of complex tissues and cartilage that would potentially support, repair or augment diseased and damaged areas of the body,” Science Daily reports.

While researchers from the Massachusetts Institute of Technology and elsewhere have been digging into how to facilitate low-cost bioprinting, these options are often limited in scale or availability. The new open-source and low-cost solution from CMU, which makes use of a standard desktop 3D printer, could open the door to printing biomaterials, like artificial human tissue, and fluids on a larger scale, according to a new paper released by CMU.

“Bioprinting has historically been limited in volume, so essentially the goal is to just scale up the process without sacrificing detail and quality of the print,” Kira Pusch, an author of the paper and a recent graduate of CMU’s Materials Science and Engineering undergraduate program, tells CMU’s news site. “What we’ve created is a large volume syringe pump extruder that works with almost any open source fused deposition modeling (FDM) printer. This means that it’s an inexpensive and relatively easy adaptation for people who use 3-D printers.”

What makes the CMU bioprinting method unique is a technique the lab developed called Freeform Reversible Embedding of Suspended Hydrogels (FRESH) 3D bioprinting that is designed to specifically print “soft and living materials,” Adam Feinberg, another author of the paper and an associate professor of materials science and biomedical engineering at CMU, tells Robotics Tomorrow. The technique essentially prints the tissue in a gel that is later carefully melted away to ensure the cells remain viable.

Feinberg notes that the technique is capable of printing a wide range of cells “including collagen and other extracellular matrix proteins,” representing most tissue in the body.

“Usually there’s a trade-off, because when the systems dispense smaller amounts of material, we have more control and can print small items with high resolution, but as systems get bigger, various challenges arise,” Feinberg, who is also a member of the Bioengineered Organs Initiative at Carnegie Mellon, tells CMU’s news site. “The [large-volume extruder (LVE)] 3-D bioprinter allows us to print much larger tissue scaffolds, at the scale of an entire human heart, with high quality.”

The lab began its journey toward large-scale and low-cost bioprinting after it purchased a MakerBot 3D printer. Over the course of six years, researchers modified the printer using open-source hardware and software. In the spirit of that endeavor, the team has made its designs for the printer open source, hoping to further collaboration and discovery in the medical field.

“Essentially, we’ve developed a bioprinter that you can build for under $500, that I would argue is at least on par with many that cost far more money,” Feinberg tells CMU’s news site. “Most 3-D bioprinters start between $10,000 and $20,000. This is significantly cheaper, and we provide very detailed instructional videos. It’s really about democratizing technology and trying to get it into more people’s hands.”

What Does the Future Hold for AR and VR in Healthcare?

LeadingAge20: What Will Senior Care Residences of the Future Look Like? 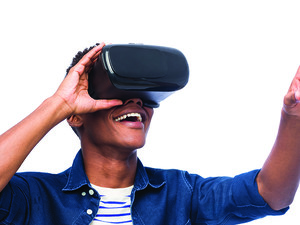 What Does the Future Hold for AR and VR in Healthcare? 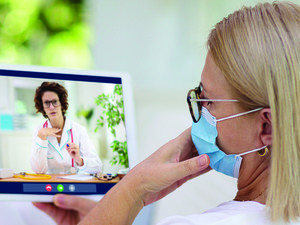 Cybersecurity and Senior Care: How Organizations Can Stay Vigilant Amid Digital Threats