Decisions that emergency staff at a hospital make in the first 20 minutes of a patient’s arrival can mean the difference between life and death; because of this, consistently sharpening the emergency skills of doctors and nurses is crucial.

However, such efforts can be expensive, says Sheahan, who also serves as corporate vice president for MedStar Health, which operates 10 hospitals in the Baltimore-Washington metro area.

Enter virtual reality. Interest in the technology to improve patient care is on the rise throughout the industry. For instance, an ambitious pilot project under way at MedStar SiTEL uses HTC Vive VR headsets to bring clinicians together in lifelike, 3D simulations of a modern emergency room. After nearly a year of testing, Sheahan calls the results impressive.

“Our research shows that virtual simulation is as good as or better than traditional training methods,” he says.

The bonus: Rather than spending up to $250,000 for a high-fidelity training mannequin, the VR expenses run about $700 per headset, plus the cost for related software, which Sheahan says will be amortized as it becomes the foundation for follow-on training modules.

MedStar’s program, Trauma: Yellow, presents seven emergency scenarios to users, with each drill lasting about 20 minutes — the time usually required to determine if a patient must be rushed to an operating room.

In one scenario, a physical mannequin torso lies on a cart in the middle of a 10-by-10-foot simulation lab space. But when the designated team leader and participating residents and nurses don the VR headsets, they are immersed in a virtual hospital room, and the mannequin appears to be an actual patient on a stretcher.

Clinicians perform chest compressions and other procedures, and are able to see a virtual dashboard that displays important CPR metrics, including how deeply and quickly they’re compressing the chest.

A physiology engine running in the background evaluates the impact of the team’s actions and determines whether the patient's status is improving or not. At the end, a faculty member conducts a detailed debriefing that compares the team’s performance with what is considered to be an optimum encounter for each scenario.

“We plan to use VR for many other types of case-based learning and more complex emergency training,” Sheahan says. “In the next couple of years, I expect we’ll build a virtual world where we’ll be able to see important results.”

VR is moving beyond bleeding edge and into the leading edge in healthcare, says Mutaz Shegewi, research director for provider IT transformation strategies at IDC Health Insights. Still, inflated expectations abound for its use in the industry, he says.

His advice for providers considering VR? “Gain an accurate understanding of how VR is playing out in healthcare and align it with your concerns and goals.”

Children’s Hospital Los Angeles is doing just that, by studying the impact of VR for reducing pain associated with drawing blood. “Nobody likes getting their blood drawn, so we decided to tackle this common problem,” says Jeffrey Gold, director of the hospital’s pediatric pain management clinic and co-author of a recent VR study conducted at the facility.

Patients ranging from 10 to 21 years old were given either a standard topical anesthetic cream or a VR headset with an immersive game co-developed by the hospital and appliedVR that runs on a Samsung Galaxy S7 smartphone. In the game, patients playfully toss virtual objects at teddy bears, who giggle and laugh as they try to avoid getting hit. 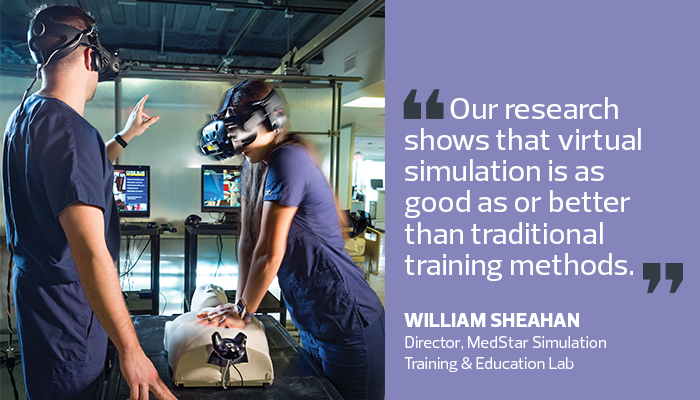 “Some people are concerned that a VR intervention will slow down care, but we’re learning hospitals can treat more patients because it takes less time for the phlebotomist to relax children for a procedure; they can just go about their business,” Gold says.

The success of SnowWorld, a VR game developed specifically for burn patients who must endure excruciating pain during wound care, surprises even the researchers who helped develop it.

The game comprises a virtual world where patients wearing headsets — including the HTC Vive — float through a 3D canyon throwing snowballs at snowmen, igloos and other objects.

Paul Simon’s Graceland plays in noise-cancelling earphones. Now in its third generation, SnowWorld was developed with help from volunteer and commercial programmers.

“Patients report that wound care is a more pleasant experience, and some people actually say they are ­having fun,” says Hunter Hoffman, a research scientist in the University of Washington’s Department of Mechanical Engineering, who pioneered the VR analgesia technique with David Patterson at UW Medicine’s Harborview Burn Center in Seattle.

The results are good news for many burn patients, who say that opioids, the standard analgesic used during wound care, are only partially effective at reducing pain. Researchers have found that the combination of VR and pain medication produces much better results.

“They represent two different types of treatment that work in very different ways,” Hoffman says. “Burn patients have such excruciating pain, we need to throw the kitchen sink at it.”

Virtual reality continues to make inroads in healthcare. Four areas in which the technology already has a measurable impact include: 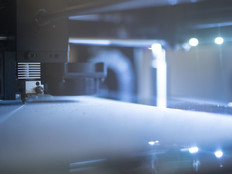 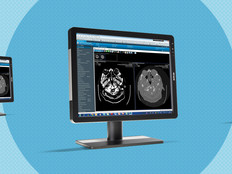 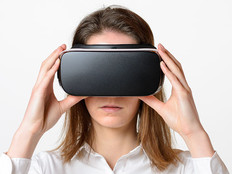