Healthy aging is about to get a boost from artificial intelligence.

The University of California San Diego and IBM recently announced a new partnership to build the Artificial Intelligence for Healthy Living Center on the UC San Diego campus alongside a project to explore how AI and Big Data can improve quality of life and independence for seniors.

“From a technical standpoint, the world’s data is exploding,” said John Kelly III, senior vice president of cognitive solutions and IBM research for IBM during the signing ceremony of the new center, Senior Housing News reports. “It’s growing at an exponential rate. … We all know aging is not only going to effect all of us, but by 2050 two billion people will be 60-plus years old.”

Calling on Tech to Detect Early Signs of Cognitive Impairment

Central to the five-year project will be sifting out ways to better detect and identify early signs of mild cognitive impairment (MCI), which can lead to more severe forms of dementia.

“If you can detect it in time, there are ways to dramatically slow MCI down,” Tajana Šimunić Rosing, a UC San Diego computer scientist who will help lead the five-year study told The San Diego Union-Tribune. “The bad news is that by the time most people go see a doctor they’re already experiencing more severe stages of cognitive decline.”

The center has already begun conducting a study of volunteers living in San Diego-area independent living communities in order to study cognitive impairment and how AI and Big Data can better detect early markers.

“Among other things, we will be recruiting the people who will participate in this study, obtaining consent, and importantly, doing evaluations,” Dilip Jeste, senior associate dean for healthy aging and senior care director for the UC San Diego Center for Healthy Aging, told Senior Housing News. “They will be longitudinal, and will include some physical markers of aging as well as cognitive, and appropriate medical records.”

Some participants are being monitored around the clock via Internet of Things-connected sensors in order to determine baselines for health and cognition. From there, scientists will call on machine learning via IBM’s AI platform IBM Watson in order to evaluate huge amounts of data around behavior, genetics and a person’s microbiome, the ever-changing micro-organisms that live on or in a person.

“Studies look at coarse behavior usually — when do you wake up, when do you shower, eat and so on?” Rosing told the San Diego Times. “What we’re looking at in this case is much finer — are you having longer pauses in your speech now, are your body movements a little bit rougher or a little bit more clumsy? These microbehavioral changes are very highly correlated with the kind of cognitive changes we’re seeking to detect.”

Ultimately, the research aims to determine a cognitive framework that extends the independence and quality of life for older individuals living alone.

“This project is addressing one of those problems [of social interest],” UC San Diego Chancellor Pradeep K. Khosla told Senior Housing News. “This problem is going to impact each and every one of us.” 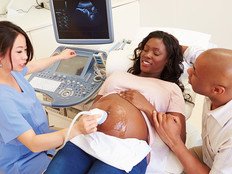 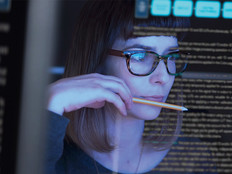