You never know what you’ll find when cleaning out your garage, but I doubt you can top this: A few years ago, researchers uncovered a more than 120-year-old X-ray machine in the back of a Dutch warehouse. And, amazingly, it still worked, Wired reports.

While X-ray machines are now synonymous with modern medicine, this first-generation system provided the jumping-off point to develop more efficient systems with (much) less radiation.

WHAT  Is an X-Ray Machine?

According to the National Institute of Biomedical Imaging and Bioengineering, X-rays are a form of electromagnetic radiation that passes through softer tissue such as skin and muscle but is absorbed by denser material, such as bone. This allows the device to “see through” skin and tissue, producing an image of the bone within — an important aspect of understanding the extent of broken bones, dental problems and other issues, as well as ensuring they are treated effectively.

“If X-rays traveling through the body also pass through an X-ray detector on the other side of the patient, an image will be formed that represents the ‘shadows’ formed by the objects inside the body,” the institute notes.

The first-generation device is a bit different from modern machines, but researchers weren’t sure exactly how until it was pulled out of storage a few years ago.

“There’s a gap in knowledge with respect to these old machines,” medical physicist Gerrit Kemerink of the Maastricht University Medical Center tells Wired. “By the time they could measure the properties, these machines were long gone.”

After dusting off the machine from storage, university researchers fired it up and delved into the workings of the original device.

“Like many workers in the field, we were intrigued by these first imaging efforts that were performed with equipment that was not designed for such a purpose,” Kemerink and additional authors write in a report on their findings.

Of their efforts to fire up the machine, Wired reports:

Aside from a modern car battery and some wires, the researchers used only the original equipment, including an iron cylinder wrapped in wire to transfer electrical energy from one circuit to another and a glass bulb with metal electrodes at each end.

The glass bulb, technically called a Crookes tube, contained a tiny bit of air, about a millionth of normal air pressure. When the researchers placed a high voltage over the tube, the electrons in the gas were ripped from their atoms and zipped across the tube from one electrode to the other.

Electrons naturally emit X-rays when they speed up, slow down or change direction. When the electrons hit the glass walls of the Crookes tube, they came to a screeching halt, giving off a ghostly green glow and invisible X-rays.

Kemerink thinks that, after a bit of coaxing, a small amount of aluminum on one of the electrodes melted, sucking gases from inside the bulb, allowing the machine to whir to life.

WHEN  Was the X-Ray Machine Discovered? 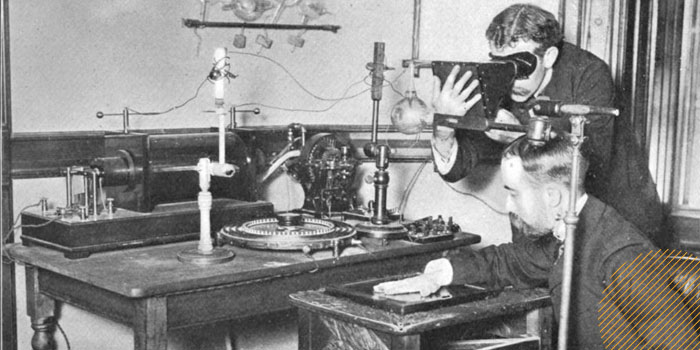 The two then took the first photos of bone through skin using several models, including van Kleef’s own 21-year-old daughter.

“It was interesting that the image quality was actually that good,” radiologist Tom Beck tells Wired after modern-day tests of the equipment.

Because of the prevalence of tools required to produce X-rays in many schools and universities, the technology took off almost immediately, spreading like wildfire through 19th-century society.

“They were used to study cathode rays, canal rays, gas discharges, fluorescence, phosphorescence and — at times — for simple amusement,” Kemerink’s report adds. In fact, do-it-yourself X-ray machines popped up all over, prompting people to X-ray almost anything just to see what it would look like, a separate Wired article reports.

Because the machine’s popularity spread so quickly, it led to both an immediate and lasting impact on society.

“Besides X-rays, there have been few, if any, discoveries in physics that have resulted in practical applications with an enormous societal impact within months of the discovery,” the report notes.

WHY  Did the First-Generation X-Ray Machine Die Off? 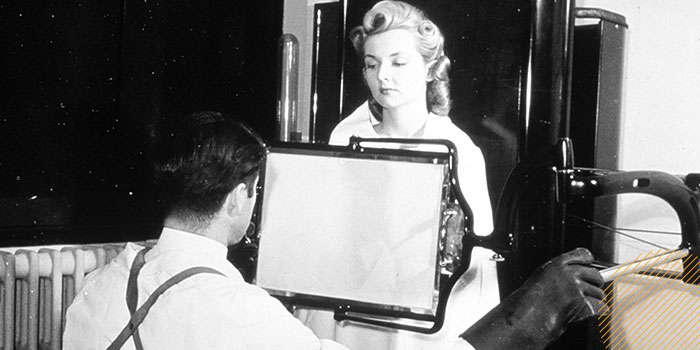 Simply put, X-rays are still going strong, but modern machines are much more efficient and use only a portion of the radiation of the original device.

Using modern tools, the researchers determined that the original machine provided a dose of radiation 1,500 times greater than today’s system and required an exposure of up to 90 minutes (it takes about 21 milliseconds to produce the same images today).

And while the original machine didn’t produce enough radiation to cause health issues, X-ray devices did get more powerful as time went on, and technicians didn’t always take pains to protect themselves.

“Within weeks, people reported skin burns, a little bit later even much worse things” such as blisters and sores that wouldn’t heal, Kemerink told Wired, noting that some workers had to have fingers or limbs amputated. “Many of these early X-ray workers developed cancer, and many of them died untimely, very young.”

Kemerink pointed out in a separate report that modern machines and shielding devices have come far in recent years and that radiologists are susceptible to less radiation at their job than they are at home.

“There’s so much to say about how far we’ve come,” Kemerink tells Wired. “These machines when they started, they were extremely dangerous. Now in all those years, they improved technology so far that you can really neglect what you are receiving when you do normal X-ray scans.”

X-rays can give the dead their voices back, so to speak. Art historians and archeologists use the machines to peek inside ancient Egyptian coffins, unwrapping the mummies within without damaging priceless artifacts.

"This Old Tech" is an ongoing series about technologies of the past that had an impact. Have an idea for a technology we should feature? Please let us know in the comments! 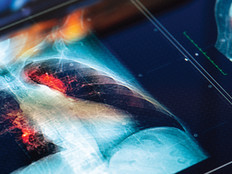