Halifax Health, a nonprofit hospital system in Florida, sprawls like a grove of palm trees, with more than 30 locations, including hospice and urgent care. According to Halifax Vice President and CIO Tom Stafford, the system’s emergency department is one of the largest in central Florida, with more than 107 beds and around 120,000 visitors each year. Halifax’s main hospital is in Daytona Beach, and there is a satellite hospital in Port Orange, which is about five miles away.

To support the high volume of patients and to improve care, Halifax undertook a massive upgrade of its networks and IT systems within the last four years. It virtualized its servers, updated its Wi-Fi networks and made it easier for nurses to verify medication requests and dispense drugs to patients.

All of this was done in the service of Halifax’s mission, which Stafford notes is to be a “safety net” hospital. “Anyone who comes into our doors from anywhere in the world that happens to be here, we will care for them,” he tells BizTech. “And we'll provide them all the care they need. And it's not just triage, go home. We'll provide them care until they're ambulatory and they can leave on their own.”

Michael Marques, Halifax’s director of technical services, says that the challenges included having out-of-date IT and network infrastructure that represented a hodgepodge of “best of breed” technologies from different vendors, making it difficult for Halifax’s IT staff to manage all of it. “It required additional resources, and it also required us to rely heavily on some of these third-party vendors,” he tells BizTech.

Halifax decided to consolidate a lot of its core infrastructure and use Cisco as its main network vendor, which, Marques says, simplified its network and made it more reliable.

Over the past five years, Halifax also went from having almost no virtualized servers to being 90 percent virtualized. “We were mostly physical when it came to our server infrastructure. And really, we were at capacity,” Marques explains. “We had no power left, we had no cooling, and we had no space. And so, we were at a really pivotal point.” Halifax had around 200 servers five years ago, and due to the virtualization efforts, it now has roughly 700 servers in a tenth of the space.

Marques says the move to a virtual environment has allowed Halifax to make a server operational much more quickly: It took eight hours for a physical server, compared with 15 to 20 minutes for a virtual one. The improvement is thanks to Cisco’s Unified Computing System (UCS) and storage from EMC. “We're able to take a project and provide infrastructure to them within less than a day,” he says. “In the past it used to take several days, including procurement and deploying the equipment.”

Stafford notes that Halifax supports more than 4,000 devices on its network, so it's crucial that the system's networks stay operational. "We have a very large data center with many, many, many servers and a large integrated network that spreads out just beyond the hospital," he says.

Halifax’s IT upgrades didn’t stop with its servers; rather, the hospital system also made changes to its Wi-Fi networks. The system had two wireless networks for different parts of its main hospital, and this, Marques says, resulted in service disruptions, unreliable voice communications and users being disconnected as they moved from one part of the building the other.

“With CDW's help we were able to get some really good pricing on Cisco's wireless network and we were able to install that,” Stafford says. “And that's kind of where it started ... we were able to really start getting proper pricing for all of our IT equipment, and then putting our infrastructure on a refresh schedule.”

The benefits of updating Halifax Health’s technology have been not just increased reliability and stability, Stafford observes, but a reenergized IT staff.

Marques adds that “streamlining our wireless and going to a consistent, singular system from Cisco actually improved [wireless reliability] dramatically and has had a massive impact on not only clinicians and those who are using our systems but patients.” Halifax added a guest wireless network to allow patients and visitors to surf online and stream multimedia.

CDW helped Halifax sort through several vendor options, Marques says, which was crucial because the hospital system has to adhere to specific state procurement restrictions. “CDW's been very cost effective, and they've been able to get us the best price on almost every project that we've done.”

Halifax also uses Cisco’s UCS and EMC storage systems to allow physicians and nurses to order and verify prescriptions. When a doctor orders a medication, the system will check for drug interactions and allergies related to that medication, Stafford says, and will alert the physician if there is an issue.

Once the physician approves the order, it will go to Halifax’s pharmacy department to verify and approve the medication. Then the order is transmitted to Halifax’s electronic medication administration record system.

Nurses will see that order on their Jaco workstations-on-wheels (mobile computer cart) and retrieve the medicine, Stafford explains. They will then scan themselves, the medication and the patient, after which the system will verify that it is the right patient, the right drug and the right time to give it. Once the nurse is done, the system will time-stamp the event so the physician knows the medication was given.

“With our electronic technology right now, we are able to deliver safe patient care every time we're at the bedside, whether it's from a medication to a treatment to getting their history to knowing their allergies,” Dixie Gibbons, nurse manager in the orthopedic department at Halifax, tells BizTech. “It's safe for the patient.”

Halifax handles more than a million electronic medication orders a year, according to Stafford. “So this goes back to stable systems,” he says. “And if our systems aren't working, all that breaks down—the safety of it breaks down—and we have to go back to manual processes.”

All the time that these changes have taken has been well worth it, according to Stafford. Indeed, he was at a luncheon with Halifax CEO Jeff Feasel, who said something that meant a lot to him: “Tom, I don’t have to worry about IT anymore.”

“And that was probably the best compliment he could give me,” Stafford says, “because he then trusts us and knows that we're providing the service and the operations 24/7 and the technology that our caregivers need to ultimately care for their patients, because that's why we're here.”

For more on Halifax, check out this video, Patient Care Drives Tech Strategy at Halifax Health. 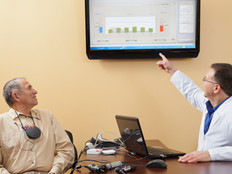 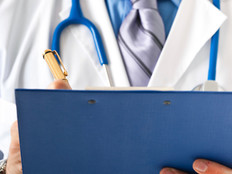 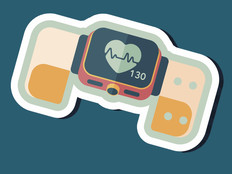