From left: Peter Lee, CVP, Microsoft and Aneesh Chopra, former U.S. CTO and president of CareJourney, speak about how to further healthcare innovation at Microsoft Envision 2018.

If you build data standards, interoperability will follow. This is the philosophy of Aneesh Chopra, former CTO of the United States and current president of population health analytics company CareJourney. Speaking with Microsoft Corporate Vice President Peter Lee at the Microsoft Envision conference on Sept. 25, Chopra posited that a common language and architecture for data is the first — and most crucial — step toward data sharing and interoperability.

“We have a fragmented patient-data problem,” said Chopra. “There are over 1,000 electronic health record products available in the marketplace today. Despite the big talk about Epic and Cerner, they’re maybe 25 percent of the market share, max, and that’s mostly hospital-based as opposed to an independent physician.”

Without these common data architectures, interoperability is stopped in its tracks and value-based care is also at risk, as providers can’t acquire data from patients outside of their organizations, meaning that there is no “feedback loop” for organizations on patient outcomes until readmission. A common language could fix that.

DOWNLOAD: Don't let digital transformation pass you by! Check out how organizations are tapping new tools.

So, where should the industry start? The big question, according to Chopra, is how to get 1,000 technology vendors to agree to a common specification.

“This is where regulation comes in,” said Chopra, touting the Fast Healthcare Interoperability Resources application programming interface — or FHIR API — that many providers and vendors alike are adopting to standardize the exchange of EHRs.

As a first step, the government has put out a rule that requires every provider organization to develop an API for a free-to-use, consumer-facing application by Oct. 1, 2019. Chopra noted that the effects of the rule are already being felt across the health IT industry landscape.

“Four years ago, the very night the rule was finalized, a group of stakeholders including Epic and Cerner said, ‘Hey, are we going to meet this requirement by repeating the past and having us go 100 different directions for 100 different API standards, or can we all agree on one?’” said Chopra.

As a result, several companies across the healthcare spectrum, including big names in EHRs and tech giants like Microsoft, Apple and Google, have all pledged to support the continued development and acceleration of adoption and use of the FHIR API standard, Chopra said.

The challenge, however, is that IT teams and CIOs at provider organizations are likely to prioritize other needs over the move to a common API simply because time and resources are short. With regulation, Chopra said he believes it will float to the top of the list for organizations and help to tackle the issue across the industry.

“I believe the game is over, we’ve mainly achieved convergence on a common architecture, a common language, and now the heavy work is how we put it to use in a way that best serves our networks, our patients and the industry as a whole, and that’s where we are today. Technology is mature enough, it’s in production and it’s working, and the feedback loops are coming.”

The place to start for organizations seeking to improve interoperability, population health and value-based care initiatives through IT is, perhaps, the part of the organization getting the least technical support right now, said Chopra.

“The person in your organization who owns this problem is the person who runs population health or your clinically integrated network. They are also the person who gets the least IT attention,” said Chopra, who said that developing a common API is the “tip of the spear” that can create a patient-centric organization.

“Solve for your API first, and become a clinically integrated network first, and let the rest of the organization follow.” 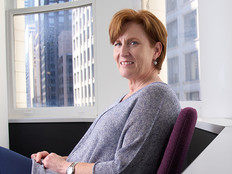