It’s intriguing to think about the potential widespread impact of drone use on healthcare in the U.S.

Drone technology is already successfully deployed abroad, delivering lifesaving drugs and blood to regional hospitals in Rwanda, according to The Guardian. Now, drones are being tested in the U.S. in the hope that first responders or organizations in need will have quicker access to technology, medicine, blood and more.

The Healthcare Integrated Rescue Operations (HiRO) is experimenting with drone kits developed by researchers at William Carey University College of Osteopathic Medicine in Hattiesburg, Miss. The kits were successfully tested by both military and civilian first responders during the recent Patriot South exercise, a large-scale federal disaster exercise.

The kits contain smart glasses that integrate with an augmented reality headset, as well as telehealth technology; an automated bin that allows remote doctors to unlock specific compartments storing blood, medicine or other supplies; and an electronic health record system.

Co-developer Guy Paul Cooper Jr. calls safety and simplicity the top priorities of the kits “because we’re working to save lives in very high-stress situations.”

Drones are used to deliver medications and medical supplies to communities in Appalachia in Virginia. They also are being tested as part of the Federal Aviation Administration’s Unmanned Aircraft System Integration Pilot Program to pilot similar logistic services for hospitals in need of supplies on demand, according to Forbes. Organizations participating in the program include UC San Diego Health and WakeMed Health and Hospitals in North Carolina.

Researchers from the University of Colorado-Denver and the University of California-Irvine, presenting at the Hawaii International Conference on System Sciences in 2017, compared many of the healthcare-related drone services in use at home and abroad. Despite current privacy, regulatory and safety issues, they concluded that the tools hold much promise, particularly in extreme situations.

“Since time is of the essence in an emergency, faster response would prevent medical trauma and potentially save lives,” they report.

They also note the advancements that enable drone use as an option for healthcare purposes. “Drone technology and its components, such as GPS and lithium batteries, are available and improving at a rapid pace,” they say.

Matthew Parnofiello, a senior business development and public safety strategist with CDW•G, pointed out in a CITizen blog post earlier this year that drones played a key part in helping to survey roads and damage in areas where helicopters could not reach following Hurricane Harvey. Drones can be just as valuable from a healthcare perspective, especially as the technology continues to mature. 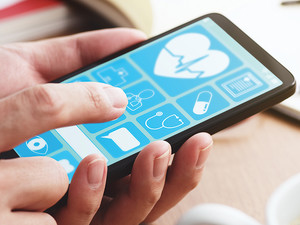