While secure messaging represents a way for providers to streamline patient care workflows, successful rollout of such a solution requires a well-thought-out, holistic strategy, say users who shared the trials and tribulations of their efforts at HIMSS 2018 in Las Vegas on Tuesday.

For Manitoba eHealth, which implements clinical technology for healthcare providers throughout the Canadian province, compliance with federal regulations was just one of several hurdles. The organization, which began its journey three years ago, tested several tools, learning along the way the importance of ease of use, ease of enrollment and buy-in from executives and users.

Consider the Impact of Regulation

“I think what the government needs to understand … is that these tools actually represent really, really excellent clinical workflows,” said Trevor Lee, Manitoba eHealth’s chief medical information officer. “It does save us time, and it does save us money, and it promotes care.”

But Doug Snell, director of architecture and standards at Manitoba eHealth, said that government policies hadn’t quite caught up with such efforts when they first started their journey three years ago. “We found ourselves in a bit of a prescriptive situation where we didn’t have guidance on the things that we needed to do … because a lot of legislation and rules just hadn’t been written yet,” he said.

What’s more, as Snell outlined, the value of the platform is minimized without a large enough cohort of users. One of Manitoba eHealth’s initial attempts to deploy secure messaging involved providing a group of doctors with a solution, but that failed to gain traction.

“That doesn’t work because you don’t have critical mass in terms of the broader ecosystem that they need to inundate to have any value,” he said. “It’s a novelty at the beginning; however, that value quickly diminishes when they realize that the people they need to communicate with aren’t in that ecosystem.”

Additionally, even though ease of use is a must, Snell said, “you’d be surprised at how many applications and ecosystems just don’t support ease of use for clinicians.”

How can vendors design user-friendly health technology? Here are three tips for enhancing the patient and provider experience.

Getting the enrollment process right also proved to be a complex hurdle, Snell said. In the first attempt to roll out a tool and enroll users, he said, the process was technically very difficult and clunky: “You needed a username and password and activation code that were different from the username and password that you used to get into your clinical system. It was just terrible.”

By the third attempt, clinicians loved the solution’s user experience, but the enrollment process was primitive, Snell said.

“You still had all of these latent legacy behaviors with respect to enrolling,” he said. “‘Go fill out a form, plug in a ticket, call this guy, you have to come in to see your administrator to sign this form.’ The clinicians wanted to adopt the tool, but you had this process that required paper and physical visits, and it just stalled them.”

Get Buy-In from Executives and Clinicians

Buy-in, from both executives overseeing the implementation and clinicians using the solution, is critical to a successful deployment, Lee said.

That should include discussions about enrollment processes, where Lee believes a lot of time can be saved.

Additionally, he said, organizations must choose their champions carefully when it comes to piloting such applications.

For more, check out the articles and videos from HealthTech’s coverage of HIMSS18. 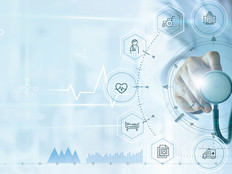 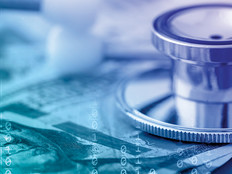