Computer modeling is kicking it up a notch when it comes to improving precision care.

Emerging technologies like virtual reality are being introduced in the modelling arena and are helping researchers create ever-more sophisticated virtual organs that physicians can use to take a peek into the human body and personalize care.

Fighting Cardiovascular Disease With a Library of 'Living Hearts'

Cardiovascular diseases are the number one cause of death globally, according to the World Health Organization, which estimates that in the next five years 100 million people will die from disorders of the heart and blood vessels. To battle this, researchers launched the Living Heart Project two years ago, which compiled a library of 3D heart simulations that live on an Intel supercomputer, Intel reported on its IQ blog.

The project amassed tens of thousands of different heart models on Intel’s computer and uses machine learning to turn the data into a powerful diagnostic tool. Ultimately, the library aims to "improve precision care in the fight against cardiovascular disease" by providing access to living heart models that simulate the function of a real heart for doctors, researchers, medical device makers and regulators.

“Using the virtual heart library, if you want to perform virtual surgery to select the right device or practice a difficult procedure, you can then go back and say, ‘Give me the full heart model that was in the database, because now I want to try putting a valve in it and see what happens’,” Dr. Steve Levine, executive director of the Living Heart Project for Dassault Systèmes, told Intel IQ.

Moreover, the virtual patient data generated from the library could be used by organizations like the FDA to test new pharmaceuticals or medical devices to streamline testing and bring products to the market more quickly. Eventually, information from wearables, like Fitbits or Apple Watches, could also be streamed into the models to gauge the impact of exercise and life choices.

“Making the connection from understanding a heart to being able to understand a population is very interesting,” said Levine. 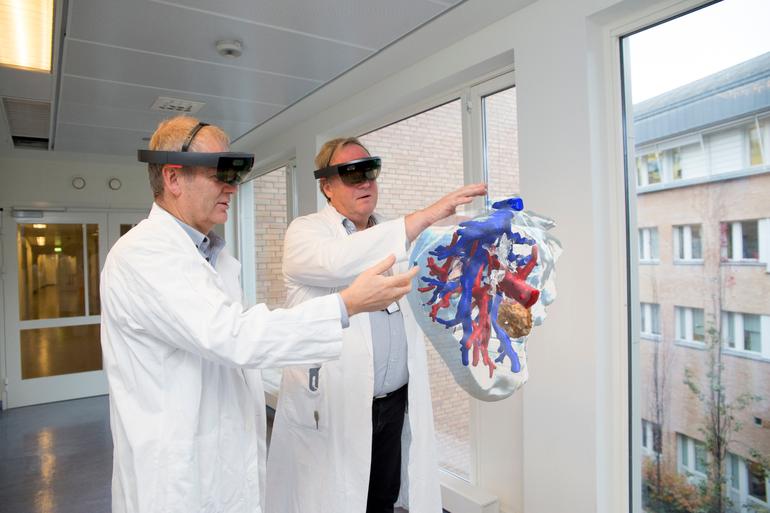 Virtual reality is already making its way into hospitals to help augment pain management techniques, train doctors and more, but now researchers are looking to use VR to more effectively plan a surgery and improve outcomes.

The Oslo University Hospital Intervention Centre and Sopra Steria have developed a way to create 3D augmented-reality models that doctors can use to plan surgeries and even navigate during procedures using the Microsoft HoloLens platform.

To build the solutions, researchers gathered images generated by CT and MRI machines, turning them into 3D models, ZDNet reports. Through a method known as picture segmentation, researchers can extract specific areas from the scans targeted for surgery and examine them more closely.

With the HoloLens, surgeons can now interact with the scans as opposed to seeing them only on a computer screen. In the future, researchers are hoping to develop a way to update the imagery during the procedure to provide the surgeon with a “larger virtual picture of the surrounding tissue when operating,” according to ZDNet. 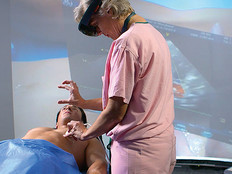 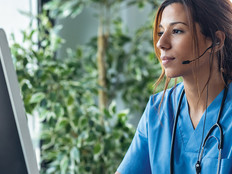