Mergers and acquisitions in the healthcare industry are on the rise, in part because of increasing strategic consolidation. However, combining two healthcare organizations involves more than an assessment of staffing and finances. It also involves the integration of data from electronic health records (EHRs) and other data management programs.

With the use of remote patient monitoring and portable diagnostic devices growing, healthcare organizations are collecting more data than ever. According to Deloitte, IT is typically the largest investment cost when integrating healthcare systems. It also accounts for about 70 percent of all synergies in the process.

Healthcare IT systems integration is an important aspect of any merger or acquisition, but many organizations don’t consider its impact early enough in the process, costing them time and money. Understanding the systems both organizations have in place and involving all stakeholders in the migration strategy and planning process early on can lead to a successful IT integration. 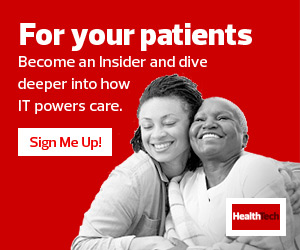 What Do M&As Mean for Healthcare IT Systems?

“Healthcare IT departments can face a variety of challenges when it comes to mergers and acquisitions, especially if the two hospital systems have standardized on different software platforms,” says Josh Atwell, senior technology advocate at Splunk. “Transitioning a healthcare provider from one platform, whether it is EHR or something simpler like scheduling, is often one of the most involved projects that a healthcare IT department regularly manages. This is multiplied during mergers and acquisitions.”

A healthcare organization merging with or acquiring another first needs to determine which accounting and patient data systems are used by each organization and whether to merge them, explains Dale Tuttle, a partner with Withum.

“From my perspective, people underestimate how hard it is to migrate data. It takes longer, is more expensive and is typically a more error-prone process than people expect,” he says. “If buying another company, you need to know what systems they have and which data they capture. While it sounds easy, it can be difficult. They could have an identical system but a different data model.”

DIVE DEEPER: How to navigate mergers and acquisitions in healthcare.

What Challenges Do M&As Pose for Healthcare IT Systems?

Integrating healthcare IT systems during a merger or acquisition can come with many challenges, including the balance of business timelines, typically to reduce overhead costs, while maintaining system availability.

“Unlike many industries where there are predictable windows for downtime or service transition, greater care must be taken when merging or decommissioning services post-merger,” Atwell says of healthcare organizations. “Having reliable visibility into platform performance and health is critical throughout the integration effort.”

In some cases, a healthcare organization may need to run both systems in parallel for a period, adding to the cost and complexity of operating both businesses.

Data legally can’t be migrated until the deal is completed because of privacy and compliance concerns, says Tuttle, but that doesn’t mean healthcare organizations should wait to create a data governance and migration plan. It can be beneficial to begin that planning when the organization is conducting its due diligence. Otherwise, an organization could be left scrambling and at risk of making mistakes.

Having reliable visibility into platform performance and health is critical throughout the integration effort.”

“It may not change the company’s desire or opinion about whether they want to buy or merge with the other organization, but it will allow them to factor in the true financial and time cost of doing so,” Tuttle says.

One way to approach IT integration is for both organizations to run their own systems until a set cutover date. After conducting migration tests, the data should be migrated securely all at the same time.

“It’s always a good idea when merging data to scan it on the way in to make sure the data isn’t opening up your organization to vulnerabilities,” Tuttle says. “Make sure the migration method chosen is secure at rest, in transit and back at rest.”

He recommends migrating data and systems at night to minimize any interruption to care and business operations. The next day, the old system will no longer accept new data inputs. Employees unfamiliar with the system will need onboarding once the merger or acquisition is complete.

Another model involves each organization using its existing system with a third system aggregating information from the two. However, Tuttle says most organizations prefer to consolidate rather than pay twice for the same capabilities.

The Keys to Success for EHR Data and IT Systems Integrations

Atwell says the keys to success include planning, more planning and patience.

“The resulting stakes are high, and cost rationalization is typically a primary driver for change, which applies pressure to integrate quickly. Proper planning with strong project management is an absolute must,” he says.

When integrating two healthcare systems, the goal is to limit any effect on patients. To achieve this, all technology stakeholders should be involved in IT integration planning.

“End-user representatives should also be involved as an integration plan is developed, so that they can identify and communicate potential disruptions to providing care,” Atwell says. “They can also identify necessary training for their peers using the final integrated solution to maintain appropriate care for patients.”

READ MORE: A smoother path toward IT success in mergers and acquisitions.

During healthcare M&As, IT teams must partner quickly to review how each team monitors and responds to incidents in their respective environments.

“Standardization of IT tooling and incident response can be almost as involved as integrating the healthcare systems, but it’s imperative that visibility and operational excellence be maintained during the integration process,” Atwell says. “Failure to do so will make the entire integration process considerably more difficult and increase the risk of affecting patient care.” 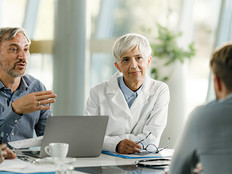 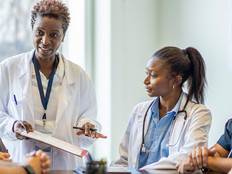