Each year, radiologists at the various hospitals and clinics that make up Michigan Medicine conduct roughly 700,000 imaging and interventional procedures, producing a bevy of files that must be stored and shared throughout the organization.

But last year, physicians and researchers expressed dissatisfaction with the organization’s setup, including its existing enterprise viewer, the lack of a true vendor-neutral archive to support enterprise image storage needs, and performance and reliability challenges with its existing picture archiving and communication system. What’s more, they sought to consolidate multiple viewing systems into a single platform.

The impetus, says Dr. Ella Kazerooni, interim chair of radiology for the Ann Arbor-based organization, was a desire to reduce silos while improving workflow.

“We’re emerging out of an era where storage was very partitioned and, depending on how some systems were set up and the way the PACS searched for storage, old-fashioned and archaic,” she says. “Our goal was to bring together imaging from all the different departments across the health system — ultrasound, cardiology, ophthalmology, digital pathology — so provider teams have easier access to what they need, when they need it."

Armed with that feedback, executives within the department of radiology decided it was time for a major overhaul of the PACS as well as the storage infrastructure supporting the technology. The overarching feeling? More stability was critical. “The general response was, ‘We want it to work all the time and we want it to work much faster,’” Associate Chief Medical Information Officer Ken Buckwalter says.

To that end, the organization replaced its PACS storage infrastructure, moving last fall to an all-flash Dell EMC Isilon setup, which increased the cache from 100 terabytes to 300TB. It plans to also replace its PACS soon.

Healthcare Providers Have a Need for Speed

“Every hospital has its own PACS, and different departments might be maintaining different PACS,” he says. “It’s very confusing for doctors who just want to access all of a patient’s tests and images from the same place.”

Riverside Healthcare’s journey to a new PACS three years ago had a similar driver. Kyle Hansen, the director of information services for the organization, based in Kankakee, Ill., says he lost count of the number of times doctors and other clinicians would approach him asking about accessibility issues.

Many doctors, he says, reported clicking on a radiology study to pull it up, leaving to get coffee, then returning to find the image still not loaded. “It could take up to two minutes for an image to render,” he says.

“We went from physical to virtual,” Heil says. “We built virtual servers out ahead of time, which let us duplicate data across bands.”

Our goal was to bring together imaging from all the different departments across the health system ... so provider teams have easier access to what they need, when they need it."

In addition to those efforts, the health system has started leveraging its EHR to access both its cardiac PACS and traditional PACS, enabling doctors to get a better picture of a patient’s health from a single source.

Because of all these changes, doctors and radiologists get near-instantaneous access to radiology images. Even files stored in the archive are retrieved more quickly, speeding patient care and improving caregiver satisfaction, Heil says. Michigan has seen similar results. With the addition of the new storage, the health system’s PACS top benchmark speed is about the same, but the worst performance is “an order of magnitude better,” Buckwalter says.

“Users tell us the PACS is working better and is more stable,” he says.

St. Jude Children’s Research Hospital in Memphis, Tenn., provides another good example of what can happen when there’s enough storage and processing power so that all images and data can reside in a single repository.

The organization treats roughly 7,500 seriously ill children each year, and images are available on its PACS system for every single radiology test the hospital has performed since the early 1990s. That means memory and storage growth are imperative for immediate access to files, says Brad Woodall, the hospital’s coordinator of diagnostic imaging systems.

“It’s a lot of data and images,” Woodall says. “Few patients ever begin treatment at St. Jude, either, meaning probably 95 percent of our patients bring data from outside imaging with them, which we also make available in our PACS system to our physicians.” While other organizations archive their storage and only bring it online when it’s needed, St. Jude keeps everything online all the time. “It gives us the luxury of having instantaneous access to images and the ability to share those images.”

That’s especially important at St. Jude, where older images provide the insight often necessary for research purposes. Looking ahead, Michigan’s Kazerooni and St. Jude Director for Imaging Informatics Nancy Foster believe that integration combined with innovation will help to improve medical imaging and the state of patient care even more.

“Increasingly, the application of new solutions like artificial intelligence is on everyone’s mind,” Kazerooni says. “We see nearly every day new research and new methods coming out to help build a better practice. It enhances the ability for the radiologist to do a better job.”

For instance, she says, if there are 10 images waiting to be read by a radiologist, AI can help flag the more urgent scans, pushing them to the top of the list.

“It helps us reorganize our reading list and priorities so we can deliver the right interpretation at the right time,” Kazerooni says.

Foster adds that a consolidated infrastructure that leverages the newest technology and PACS will only make taking care of patients easier.

“Before, the radiologist would have to get up and go to a completely different workspace to read certain types of images,” she says. “When all your applications and images are integrated and you’ve got as much automation as possible, it just becomes such an aid in improving patient care.” 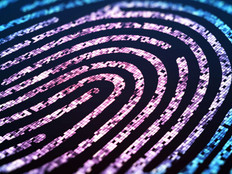