The U.S. Digital Service is playing a key role in bringing Medicare's payment program into the 21st century.

USDS, which started in 2014, began as a continuation of the efforts of private-sector tech experts who helped salvage Healthcare.gov. Since then, USDS has grown and expanded to become the go-to team for managing difficult digital projects across the government. In late March, USDS released its bi-annual report to update Congress on its activities, and it crowed about impact.

Over a five-year period, USDS Acting Administrator Matt Cutts says, the agency expects its current projects to save $617 million and redirect 1,475 labor years toward higher-value work.

One of USDS’s signature projects involves the Centers for Medicare & Medicaid Services (CMS), a unit of the Health and Human Services Department, which is changing the way Medicare pays doctors and clinicians, rewarding them for the quality, rather than quantity, of care they provide.

To do so, USDS has worked with CMS to launch a new cloud-based platform and has helped CMS roll out new online tools and application programming interfaces (APIs) to make it easier to work with the agency. Along the way, USDS introduced agile development methodologies at CMS to help iterate on new technologies faster.

The work between USDS and CMS underscores that while network upgrades, data center consolidation and moving away from 1970s-era legacy systems may be among the core examples of IT modernization, smaller modernization projects can still have a significant impact.

CMS Moves to Change Its System for Medicare Payments

In April 2015, Congress passed the Medicare Access and CHIP Reauthorization Act of 2015 (MACRA) to shift Medicare payments to focus on healthcare quality and not the quantity of procedures ordered. As the USDS report notes, until MACRA is implemented, healthcare providers and their staff must use CMS systems “that are disjointed, complicated, and rarely synchronized.”

To further complicate matters, USDS says, doctors already have incentives for providing better quality care, but they “have trouble understanding scoring rules across multiple programs or feedback on their specific performance, which is given to them in lengthy PDFs.”

To move Medicare to the new payment paradigm, CMS needed to change how Medicare measures the value of care doctors provide. “CMS engaged USDS to bring best practices and modern approaches to ensure the implementation of the transition was clear and effective,” the USDS report says. “Since launching a plain language website in October 2016, USDS has continued to work with CMS to improve the Quality Payment Program (QPP) by supporting technical decision-making and encouraging customer-driven development processes.”

The Quality Payment Program is the umbrella term used to describe CMS models for paying doctors that include quality of care and technology adoption, according to the American Academy of Family Physicians.

In April 2017, USDS helped CMS launch an online tool on qpp.cms.gov that “reconciles data from many disparate data systems and leverages user-centered design principles,” the USDS report notes, making it easier for doctors to see and understand their reporting requirements for the program. “This will be an important starting point in helping doctors understand how to interact with the program in 2018,” USDS says.

The agencies also rolled out an API strategy to “reduce the cost and burden of participating in CMS programs by enabling the market to build software that interacts directly with Medicare systems and data,” USDS says.

“The first API released for QPP made quality measures data open source and led the private sector to develop new tools — including an iPhone app to look up QPP measures — within a week of going live,” the report adds.

USDS is working with private-sector entities to create APIs for QPP to replace manual submission processes, provide real-time feedback and scoring, and create a platform for building QPP-related solutions, the report notes. The QPP team made a production version available in late 2017 that USDS says will help cut down on the reporting burden for health IT partners, clinicians and others in 2018.

Jonathan Sullivan, a digital services expert at USDS working on the QPP program, tells Federal News Radio that the agency’s work with CMS was driven by two factors: First, the new reporting tools needed to be easy for doctors, nurses and healthcare clinicians to use. USDS also wanted to ensure that, from a technology perspective, the system could be easily upgraded over time.

“The platform was going to be hosted in the cloud,” Sullivan tells Federal News Radio. “We were going to do application programming interfaces first development. This is a way of doing development that allows you to build a bunch of different components for software that can work with each other in a flexible, scalable way, but also work with components outside of your platform as well.”

Sullivan describes this approach to developing a system as “fairly novel” for CMS, both in terms of the API-first development and cloud-based nature of the platform.

The QPP tool uses a question-and-answer format, with the system presenting questions and users entering responses, Sullivan tells Federal News Radio, adding that the tool gives users more flexibility to take a break while working on the report. 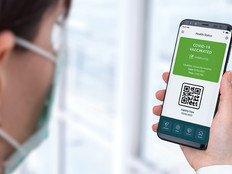