Artificial intelligence is poised to revolutionize radiology, simplify clinical decision-making and take the healthcare industry by storm. But enabling AI requires huge amounts of processing power and data in order to analyze electronic health records. This need could spur a shift from on-premises systems to the cloud.

The University of Pittsburgh Medical Center (UPMC) is one of the organizations tapping the cloud to facilitate AI operations. A project to detect bladder cancer earlier and more precisely is just one of the AI initiatives under way at UPMC. Today, cytotechnicians examine highly magnified urine sample slides that might include 100,000 cells, looking for five or six misshapen cells that suggest need for a biopsy.

“These needle-in-a-haystack problems are what we’re trying to automate,” says Adam Berger, CTO at UPMC Enterprises, the health system’s commercial arm. “We’re trying to streamline problems that are inherently amenable to computation,” he says of reducing the time technicians spend on slides, cutting costs and increasing accuracy. “It’s not necessarily replacing clinicians, but streamlining the tedious part of diagnosis.”

Another project aims to predict patients at high risk of glaucoma. The health system is working on problems with AI in which a meaningful intervention can decrease that risk over the long term.

Artificial intelligence is poised to take the healthcare industry by storm, with cloud resources making it possible, says David Teich, a technology analyst and consultant.

“The cloud is the reason AI is moving forward after so many years in the wilderness. We had deep learning methods back in the late ‘80s, but there was no computational power that anyone could even think about implementing a deep learning system,” he says.

SIGN UP: Get more news from the HealthTech newsletter in your inbox every two weeks.

Healthcare and other industries benefit from the greater speed, scalability and data security that the cloud platform has to offer, says Aashima Gupta, global head of healthcare solutions at Google Cloud. Once data is in the cloud, it’s easier to leverage the machine learning services and tools that enable the provider to unlock needed value from the data.

Teich identified radiology and the back-office applications that close the loop between doctors, specialists, labs and hospitals as two prime areas for artificial intelligence.

According to Berger, UPMC is mid-journey to the cloud, with a foot in both camps. It opened a data center north of Pittsburgh in October but “stepped on the gas pedal” after its cloud-first team made public several data projects they were working on a year and a half ago.

UPMC has structured data — lab results, diagnoses, procedures, medications — in more traditional systems on-premises, some of which use AI. But it had no solution for unstructured data, so it put clinical notes for the past 10 years (about 150 million of them) in the cloud. The system pulls in around 700,000 new documents a week. It’s building a similar repository for imaging and has hired a team of experts in deep learning to build AI applications on top.

For UPMC, the decision of where to run a project largely depends on where the data is stored. Berger predicts it will be many years before the health system is a cloud-only operation.

“Deep learning is basically, by its construct, at a training level with so much data. So it’s going to happen in the data center, whether it’s a private cloud or public cloud,” says Teich. “The question is when are the technologies going to evolve to a point where enough people can look at [data] without having to have a Ph.D.”

He likens the state of AI to that of business intelligence 15 years ago, when only data scientists could use it. Now BI tools have evolved to be useful for less tech-savvy users and customers.

How to Best Use Data in the Cloud

Interoperability and consistency of data should both be top of mind when leveraging AI in the cloud, Gupta says. Google has been working with healthcare leaders to support key industry data standards. In March, it announced the Cloud Healthcare application programming interface, which ingests and manages key healthcare data types, to address the interoperability problem.

Other factors to keep in mind include:

Cost — While the cloud offers the opportunity to hand over provisioning, maintenance and associated labor costs to the vendor, costs can get out of hand, especially with unplanned overages.

“I don’t think about the cloud as being more or less expensive than on-prem. I think of it more like the difference between [operational expenditure] and [capital expenditure],” Berger says. “Do you want to rent or buy? We have found that for a lot of our innovative projects, we don’t know up front what the compute, storage and bandwidth needs will be. The cloud lets us adjust on the fly without having to go out and purchase new servers. That’s pretty liberating.”

Tools — “In the past two years, we’ve seen a rapid evolution in the cloud for tooling specifically for healthcare. … Google, Microsoft [and other cloud providers], they’re all taking healthcare very seriously. They’re updating their services to be HIPAA-compliant, which is a huge, huge deal,” Berger says.

Compliance — Microsoft recently announced its Azure Security and Compliance Blueprint, a collaboration with HITRUST to provide an application development foundation for healthcare AI.

Another regulatory issue: An algorithm changes with machine learning, and it might not be what regulators had approved. Teich says the FDA is trying to learn how to adapt to this new landscape of AI. 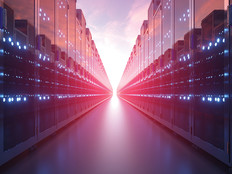 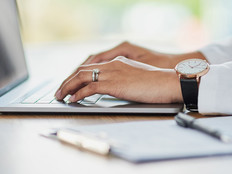 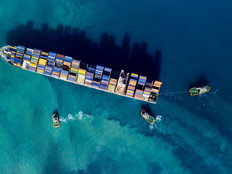