A few years ago, using genetic sequencing to better target and treat rare and chronic diseases was largely out of reach for most healthcare organizations due to cost and technology limitations, according to a recent panel discussion at the Cleveland Medical Innovation Summit.

But with new and more cost-effective technologies emerging every day, the world of genomic medicine — an emerging practice that incorporates genetic information on an individual as part of their care — is getting larger.

What is Genomic Medicine?

The practice was jump-started largely by the Human Genome Project, an international research effort launched in 1990 to map all human genes. Completed in 2003, it provided a complete genetic blueprint that researchers and clinicians have continued to build off of for the last decade to better understand biology and chronic diseases, expanding precision medicine efforts, according to the National Human Genome Research Institute.

Nowadays, genomic medicine is entering more hospitals and bringing with it non-invasive technology that can be used to better target and treat diseases from brain cancer to cholera.

The Cleveland Clinic’s Genomic Medicine Institute in Ohio, for example, is working to put genomic advancements into practice with the help of IBM’s artificial intelligence platform, Watson for Genomics. Meanwhile, Rady Children’s Hospital Institute for Genomic Medicine in San Diego is using genomic medicine and technology to screen, diagnose and treat children in its intensive care unit.

“It’s not that in healthcare there haven’t been DNA-based tests. They have been around for decades, but they were very limited,” says Dr. Eric Green, director of the NHGRI in Bethesda, Md., who began his career as a pathologist several years ago. “What has changed is the ability to comprehensively analyze a person’s genome, or our complete collection of DNA.”

So, what made this dramatic change possible in just a few years? According to Green, it was two things: research and technology.

“The first change is an incredible increase in our knowledge about the human genome that came out of the Human Genome Project. And from that, an increased understanding of how the genome works, and how changes or differences between peoples’ genomes influence health and confer risk for disease,” says Green.

The key change, however, came from “incredible” healthcare technology advances that have reduced the cost of DNA sequencing by a factor of a million in just the last 14 years. The NHGRI estimates that it cost between $500 million and $1 billion to generate the first human genome sequence in 2003.

“The first time we ever sequenced the human genome was part of the Human Genome Project and that cost roughly $1 million. Today it costs about $1,000,” Green says.

It wasn’t any one tech innovation that made this possible, but instead multiple incremental healthcare technology advances cobbled together to push the field forward, says Green. Artificial intelligence, including IBM’s Watson, has had a powerful impact on the field.

Rady Children’s has had first-hand experience with technology’s impact on making genomic sequencing cost- and time-effective for children and infants in its intensive care unit. Stephen Kingsmore, president and CEO of Rady Children’s Institute for Genomic Medicine, credits two pieces of technology in particular.

“The new Illumina NovaSeq sequencer has reduced the cost and increased the speed and scalability of human genome sequencing. Likewise, technologies such as the Edico Genome DRAGEN software/hardware have enabled genome analysis to be performed in about one hour instead of several days,” says Kingsmore.

How Is Genomic Medicine Improving Healthcare?

While Green stresses that the health industry is just seeing the tip of the iceberg as to what genetic sequencing can do, it is already entering other hospitals in very tangible and medically justified ways.

As genomics enters a new era, how are innovative hospitals managing to lay the digital groundwork necessary to introduce genomic testing into patient care?

At Rady Children’s, Kingsmore points to several factors that have enabled the hospital to successfully use genomic technology, many of which involve honing a well-rounded healthcare technology ecosystem.

“We’ve hired a fantastic team of developers and IT experts,” Kingsmore says. He adds that the institute has fully integrated its IT and software with that of the hospital so it can share information and resources freely. “We’ve also focused primarily on using commercial software and IT products, and have established collaborations/partnerships with quite a few companies to help us incorporate genomics in healthcare.”

Moreover, where there are gaps in existing software, the IT team has the ability to build or modify the software to fill them. Last, the team uses cloud computing and web services extensively to boost its research abilities.

Rady Children’s isn’t alone in its use of the cloud. Several healthcare and research organizations are leveraging the technology in order to effectively store and analyze the troves of data that come alongside genetic sequencing.

The National Cancer Institute Genomic Data Commons at the University of Chicago, for instance, is the largest data commons in the world, holding more than 5 petabytes of cancer genome data from 39 sources. It relies on a cloud platform that leverages technology, including OpenStack and the IBM Cloud Object Storage system, and will rely on the cloud as its inventory continues to grow.

“This is a critical mass of genomic and associated clinical data to accelerate research for the cancer research community,” Dr. Robert Grossman, a principal investigator for the project, told HealthTech. “Genomic data sets have grown larger and it’s harder for individual researchers to download and analyze all this data themselves. We consistently process all data, identifying mutations and other genomic variations, to make it easier for the community to use the information.”

Technology isn’t the be-all-end-all for genomics.

Even as the field moves forward at a rapid pace, hurdles remain for many providers looking to adopt the technology. Regulatory and reimbursement issues need to be smoothed out and providers still need to discover and apply best practices around all the different applications of the practice. But as physicians move ahead with the technology, it’s likely that incremental progress will bring genomics into patient rooms a little more every day.

“None of this is going to happen overnight, but I think it’s very clear that the train has left the station — genomics is going to become a routine part of medicine,” says Green. “And now, while it likely won’t become part of every nook and cranny of medicine, we are going to find ourselves in a very interesting transition phase for the next 10 to 20 years as it begins to spread throughout clinical practice.” 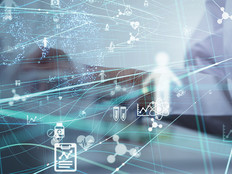 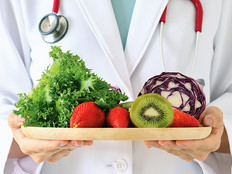