For hospitals looking to speed digital transformation and simultaneously simplify IT organization and management — isn’t that everyone? — hyperconverged infrastructure (HCI) solutions are proving to be a panacea.

Fueled by growing adoption of digital storage solutions, the healthcare market is set to see the greatest rise in HCI systems, according to a recent Transparency Market Report. This rise, in turn, will help to push a projected 37 percent growth rate in the HCI market through 2025.

“The rising complexity of data being generated due to the use of diverse electronic instruments such as gaming devices and smartphones has led to growing demand for data center consolidation services,” a press release about the report states, adding that this is likely to remain the key driver of the HCI market’s massive projected growth for years to come.

Healthcare organizations are already putting HCI systems in place to help simplify workflows for IT teams and hospital staff, making health IT more effective and improving security in the meantime.

These aren’t the only hospitals moving to HCI by a long shot. The Keck Medicine hospital system at the University of Southern California recently saw huge gains in consolidating its IT environment through Nutanix HCI and, as a result, streamlined care delivery.

“When I showed up at Keck [three years ago] we were in a very disoriented state. We had 14 different storage solutions … six different server technologies, four different [private branch exchange] systems," Scott Voigts, director of infrastructure at Keck Medicine, said at a recent event. "And so, I started us on this roadmap of simplification to really hone down what it is that we need so that we can be quicker, more secure, and be able to do things in a more efficient manner."

Moreover, on the back end, while the IT team was initially apprehensive about the technology, when they saw how much equipping HCI reduced the response time of their applications, the team began asking to virtualize the IT environment faster than the roadmap would allow.

And HCI has made dealing with issues and upgrades easier as well.

“It’s made it really simple because suddenly you’re not talking to 12 different vendors,” Voigts added. “And it’s standardized our cost because we get more predictable spin over time.”

The advantages for each hospital depend largely on the needs of the staff at each organization.

At Southern New Hampshire Health, for example, the organization implemented an HCI to virtualize mobile, wireless desktops for hospital staff, which are available on all clinical floors. The change to HCI allows clinicians to access their personal desktop environments more quickly and easily, so they can spend more time with patients, Desktop Configuration Engineer Scot Tymowicz told HITInfrastructure.com earlier this year.

“What’s great about the hyper-converged environment is we use a single sign on solution so our staff can tap their badge on the cart, get logged in to the medical applications they use, and start doing their job,” Tymowicz told the site. “If they’re in the room with a patient doing their job, and there’s an emergency and they have to leave that room, they can quickly wave their badge over the computer to lock it and secure it. Clinicians are no longer tasked with launching and logging into applications, making valuable patient interaction time.”

The hospital has continued to speed staff login times by installing solid-state drives and upgraded wireless access points, a transition made easier with the HCI. All in all, has been able to speed clinician desktop login and access times to under 30 seconds.

“We are noticing right now that the old environment took our users about two minutes from the moment they tapped in with their badge to a usable desktop where they actually hit the internet or open a medical application and start doing their job,” Tymowicz noted. “Now, we’re seeing login times of 28 seconds on the new environment.” 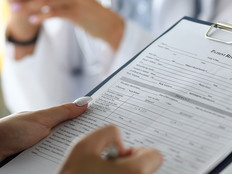 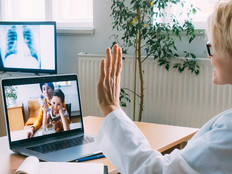 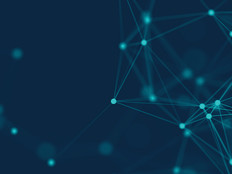