The opioid crisis is proving to be an uphill battle for states and health organizations alike. Connecting addicts to care is one of the most effective ways to quell the epidemic, and with many showing up in the justice system, connecting state and public health data, while not easy, can prove enormously effective.

Johnson County (Kan.) Mental Health Center Director Tim DeWeese said that the county was able to bridge some of the gap between mental health and the public safety system by simply knowing the power of their data.

He told attendees of the National Association of Counties 2017 conference earlier this week that his department has used Big Data and analytics to rejigger its mental health and public safety coordination and save the county thousands in expenses and man-hours.

The county used data to fuel the adoption of a mental health co-responder program, in which a licensed mental health professional accompanies police officers on calls. By doing so, the county has “avoided 45 arrests, which saved the jail roughly $100,000. We had 65 emergency room visits avoided, which saved the hospital system about $150,000. And then we saved $200,000 just in officer hours, not needing [the officer] to be in the hospital, ER or those kinds of things,” DeWeese said during a session titled “Connecting County Health and Justice Systems: Treating the ‘Whole Person’.”

He noted that these savings occurred in a single year of the program, during which mental health professionals embedded in police departments had contact with 1,281 people alongside the officers.

Lay the Groundwork for a Data-Based Mental Health Push

Johnson County isn’t alone in taking on these efforts. The county is part of a program known as the Stepping Up Initiative, which asks communities to come together to develop an action plan that “can be used to achieve measurable impact in local criminal justice systems of all sizes across the country,” the initiative’s website reads.

An estimated 2 million people with serious mental illnesses (more than 75 percent of whom also have a substance use disorder) are serviced by correctional facilities annually. Moreover, a person with a serious mental illness is 3 to 6 times more likely to be in jail than a member of the general population.

With this in mind, Johnson County set out to tackle the issue through the power of data. The county did so by consolidating its information into two central databases. The first is a database of the county’s entire criminal justice system. “From courts to jail, everything, it’s all within one system so we have access to anything that’s going on with anyone in our criminal justice system within one database,” said DeWeese.

“When you have those two databases and you have the ability to cross-reference them, you can get a lot of information about where those crossovers exist … and to see where those high utilizers of service are in all of your areas, not just the criminal justice system but across the healthcare system within the county,” said DeWeese.

Establish a Definition of the Jail Population and Mental Health

Once a county has gathered and consolidated all the information into these sorts of databases, DeWeese recommended laying the groundwork for change by setting two definitions: what is the jail population and how do you define mental illness.

He notes, however, that there are different ways to define mental illness across a jail. The key is to agree upon a definition of mental health across the system. “From a mental health perspective, I’m going to have a very different definition than maybe the criminal justice system, and if we’re both still talking different definitions then we’re not going to get very far in coming up with plans because we’re not talking about the same population,” he says.

Once these definitions and databases are established, a county can begin to more effectively manage how it handles those with mental illness within the system.

“What we believe and what we found is that if you have good access to care, meaning that you reach people with a service and you provide good quality service, it can change your cost across your system, not just within the behavioral health system, but within your jail system, your hospital system,” said DeWeese.

The county hopes to continue to drive results. Already, it has partnered with the University of Chicago to leverage all of the county’s data to drive predictive analytics that can redirect people to the most appropriate level of care. The system is slated to go into service by 2018.

Moreover, the county has been mapping its public health and safety system system in order to better identify those within the criminal justice system and to try to close gaps in mental healthcare. After taking initial steps in 2010, the county will remap the system later this year to see how it has performed in closing the gaps. DeWeese noted that the successful mental health co-responder program was one of the initiatives that resulted from that initial mapping.

He encourages counties to continue to look at the data available on the successes and failures of changes in the system in order to make continuous improvements to mental health care.

“It’s important to remember the power of the data that you have, if you have it. And if you don’t, you need to get it,” said DeWeese. 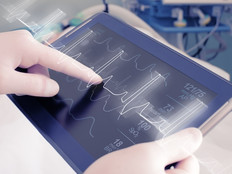