Dan Cowan, Scott Voigts, Carl Fran and Rod Ellebracht speak to the benefits of simplifying healthcare IT with Nutanix at the 2017 .NEXT Conference.

If you’re looking for an example of how moving to a hyperconverged infrastructure can streamline care delivery, look no further than the Keck Medicine hospital system at the University of Southern California.

At Nutanix’s .NEXT Conference in Washington, D.C., on June 28, Scott Voigts, director of infrastructure at Keck Medicine of USC, touted the immediate benefits of hyperconverging many of its IT systems throughout its three hospitals, housing 619 beds, and 40 clinics.

“When I showed up at Keck [three years ago] we were in a very disoriented state. We had 14 different storage solutions … six different server technologies, four different [private branch exchange] systems. And so, I started us on this roadmap of simplification to really hone down what it is that we need so that we can be quicker, more secure, and be able to do things in a more efficient manner,” said Voigts, speaking on a healthcare panel during the event.

The platform Keck chose to enable those capabilities is a hyperconverged infrastructure with Nutanix.

"Simplifying IT has a direct impact on providing better patient care" @kcdan at @nutanix #NEXTConf pic.twitter.com/gPNsoh9Ayh

“Right now, we’re running three different clusters, two hybrids and one all-flash cluster. We’ve got probably 24 nodes in those clusters. We’re running everything from Cronos, Lawson, those types of applications, all the way down to just a server to throw up file shares,” said Voigts.

Over the next three to five years, Voigts and his team plan to consolidate everything to Nutanix for the system’s Tier 1 computing. Keck is also looking to roll out a virtual desktop infrastructure (VDI) environment through the Nutanix Acropolis Hypervisor with the aim to inject agility into the hospital’s IT systems.

But, as with any major IT overhaul, it wasn’t all smooth sailing. When Voigts looked to begin virtualizing processes, he initially received a certain amount of pushback from his team.

“I’ve had a lot of resistance to wanting to virtualize stuff...” said Voigts. But he notes that, after virtualizing one element of the infrastructure as an emergency measure, his team has begun to fully embrace the change.

“We were able to do that on one application, and we went from 23 seconds of response time down to eight seconds by equipping Nutanix. And once they saw that responsiveness, the people that I support now can’t get enough of it,” said Voigts. “It sells itself once you start producing results.”

Now, his team is asking to virtualize faster than the roadmap will allow.

“We’re at the point now where it’s like we have to put the brakes on because they are trying to virtualize and put stuff in so fast that I don’t have the raceway to keep allowing them to do that,” said Voigts.

As the system continues to move to a more simplified IT infrastructure with the backing of IT teams, Voigts notes the business side of the overhaul is becoming more simplified as well.

“It’s made it really simple because suddenly you’re not talking to 12 different vendors…and it’s standardized our cost because we get more predictable spin over time,” he added. 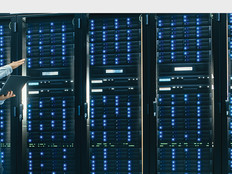 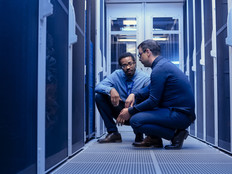