Imagine calling 911, and when the ambulance arrives, there's no one in the driver's seat. Believe it or not, with autopilot technologies, autonomous ambulances could be just around the corner.

And, although people may be skeptical of this particular development, according to a new article in the Journal of Emergency Medicine, there's no doubt that mobile ambulance technology is keeping pace with the evolution of technology in hospital rooms.

“Having additional healthcare providers in the back of an ambulance promotes teamwork and helps to improve patient outcomes,” Embry-Riddle Aeronautical University’s Joseph Keebler said in a paper written with colleague Stephen Rice along with Scott Winter and Rian Mehta from Florida Tech, JEMS reports. “An automated ambulance would allow patients to get to the hospital much more quickly and smoothly while receiving care from two providers instead of one. Automation could be especially important in many regions where emergency medical services are insufficiently funded.”

Tele-Ambulances Bring the ICU to the Patient

In Westchester County, N.Y., for example, the Westchester Medical Center's e-health program has introduced iPads that allow paramedics to consult with doctors in real time. The program complements a larger telemedicine program in the center’s intensive care unit

In two mobile ICU ambulances, teleconferencing through the tablets helps paramedics treat and diagnose patients on their way to the hospital. The vehicles have been equipped with Wi-Fi and a Health Insurance Portability and Accountability Act-compliant audio-visual communication platform that allow ambulance staff to have a video consultation with hospital physicians at the flagship and children’s hospitals, according to a press release.

Through tablets equipped with specially designed software, patients experiencing traumas, severe burns, cardiac issues, strokes, extreme prematurity and other critical care needs can speak with a doctor while in route, and ambulance staff can help to prepare hospital staff prior to their arrival.

“This mobile application provides an extra layer of support to the dedicated teams on our mobile ICU ambulances who are working to stabilize and care for critically ill patients as they travel to our main campus for advanced care,” Corey Scurlock, the medical director of WMCHealth’s e-health program, said in the release.

Meanwhile, in central Illinois, about 40 of ambulance provider Advanced Medical Transport's vehicles were equipped with new road-safety technology systems in early February. The systems monitor driver behavior for everything from braking too hard to taking turns too steeply, providing them audible feedback that aims to help produce smoother and safer rides for patients, Central Illinois Proud reports.

"Given the millions of miles that we drive, you know we can't say that we're never going to have a crash, but we can say that we're doing everything that we can to avoid that circumstance. So if this is a tool in helping us avoid crashes in the future then we're thrilled to be taking that step," AMT's community resource manager, Josh Bradshaw, explained to Central Illinois Proud. 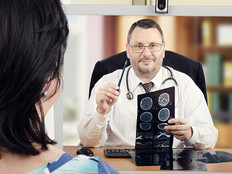 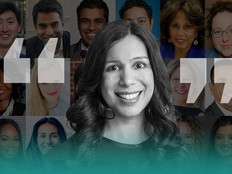 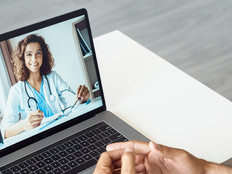