Veterans Affairs Department Secretary David Shulkin says the organization will focus its efforts on creating a central digital vision before deciding whether to modernize its current electronic health records system.

The VA has been faced with the choice of either revamping its Veterans Information Systems and Technology Architecture (VistA) EHR platform or moving to a system provided by a commercial vendor, a decision Shulkin says the organization will make this summer. But the decision requires a solid understanding of what the VA needs to do to create a more fluid record sharing system.

“My No. 1 goal is to come up with the strategic direction that makes sense for the VA, and then we’ll worry about the financial cost,” said Shulkin at Politico’s March 21 Outside In event, “Digital Health Pioneer: Lessons from the VA.”

Leading Technology with a Healthcare Vision

Shulkin notes that the organization’s lack of a clear vision — and inability to decide what technology is best suited to get it there — caused Congress to withhold the funding necessary to modernize VistA in the current year’s budget. For this reason, he’s prioritizing a sharp strategy over possible costs.

“Quite frankly, I wish this decision had been made by a prior secretary,” he joked.

Shulkin wouldn’t confirm the price to replace VistA with a commercial system, but noted that it wasn’t the rumored $16 billion. He did point out that much of the cost associated with a new system would be related to cost management, rather than licensing. For this reason, he’s hoping to implement a strict change management strategy as he moves forward with any technology.

“If we have a change management system that allows us to come up with 130 different versions of that system, it’s going to be very, very expensive,” he said, referring to the more than 130 different versions of the VistA platform in operation at the VA’s 1,200 healthcare sites. “But if we run a very, very strict management process and take change management seriously and make that a priority, we’re going to be able to do that for a lot less.”

While he remained vague on the future of the EHR platform, Shulkin did give some clues as to what the technology should look like once implemented.

“Every system that I know of in the country is trying to standardize what we know works: integrating evidence-based practices, integrating the best thought and representing a consistency of care,” he said.

To make this type of system possible will take significant cultural change, proving perhaps more difficult than the technology changes themselves.

“The VA needs to have a more consistent experience. It needs to be a learning organization that adopts the best practices, and a technology platform needs to be able to facilitate that. And that is clearly what we’re going to be doing, which is a more standardized, centralized approach to our clinical management platforms and our service delivery standards,” he added.

Moreover, no matter what the decision is, the EHR platform will need significant work to make these changes possible

“There is no commercial off-the-shelf system, there is no version of VistA today that is going to meet what the VA needs to do with its interface between community care, internal care, the ability to interface with veterans that live in every part of the country,” said Shulkin. “We are going to need that type of open-architecture system that allows those interfaces to work for veterans but also for community providers and VA providers. That is really the concept of the digital health platform.” 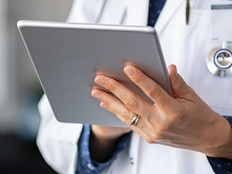 How ServiceNow Integrates and Optimizes Healthcare IT Delivery

Scaling Up Telehealth: What Providers Need to Know

Q&A: Capsa’s Steve Torbett on the Future of Mobile Workstations