Senior care communities are no doubt familiar with what demographers have called the silver tsunami: Every day between now and 2030, another 10,000 Americans will turn 65. The population is graying like never before, with the baby boomer generation leading the way.

But while this has certainly left senior living organizations scrambling — expanding, for instance, to keep up with demand — physical capacity is not the only concern that has the sector on its toes. Also on the list of pressing issues: the fact that this oncoming wave of new residents will be the first to have aged in a world of apps and smartphones. Tomorrow’s 80-somethings? You can expect them to be exceptionally tech-savvy, and to expect their new homes to be high-tech as well.

Among the industry leaders preparing for this shift is Charles Turner, president of LifeWell Senior Living, which recently joined other organizations in a tech-focused pilot program spearheaded by CDW. The program, Turner says, is exploring whether providers can use wearable devices to help seniors improve health, wellness and overall quality of life. “It’s about finding ways to get information about our residents so that we can ultimately provide better care,” he says.

Seniors who have volunteered to take part in the pilot have been equipped with commercial-grade wristband activity trackers, which sync automatically with tablet computers in their rooms. The devices let providers record and analyze biometric data, as well as track metrics such as sleep quality and physical activity. All of that information is then sent to a server where data science company Big Cloud Analytics (BCA) probes the data for insights providers can use to make decisions about care.

LifeWell, which manages assisted-living communities in Texas and Florida, is using the pilot to investigate two questions: whether “gamification” — or using wearables to create a friendly sense of competition (think Mrs. Jones comparing her steps with Mrs. Smith’s) — can help drive improvements in health and well-being, and whether BCA’s predictive-analytics software can identify potential health problems before they become serious.

Another organization participating in the pilot, Benchmark Senior Living in Massachusetts, is also gathering data on activity, sleep and stress levels, with a focus on helping residents stay in assisted care for as long as possible before moving to a more care-intensive community.

“One of our biggest concerns is how to reduce falls,” says Moulay Elalamy, Benchmark’s vice president of IT. The hope, he adds, is that the biometric data providers obtain from the wearables will offer clues that might help prevent future hospitalizations.

In fact, says BCA’s CEO J. Patrick Bewley, although the pilot program is still in the early stages, it has already produced a wide range of promising results. One resident’s heart rate, for example, showed “unexplained variability” a few weeks before her doctors decided she needed a pacemaker. And the biometric data for an 89-year-old woman who developed pneumonia had hinted at the coming illness before she had any symptoms.

According to Bewley, four days before the resident went to the hospital, she showed an elevated heart rate despite decreasing her typical activity by 70 percent.

“Things like that have really got us thinking,” Bewley says. “What if we had a watch list based on the data that we could hand off to the staff first thing every morning? Something like, ‘Here are the three individuals who saw the biggest changes in their biometrics overnight. You might want to pay attention to them today.’”

The way Turner sees it, organizations will soon have to offer tech solutions like that — in part because their residents are going to demand them.

“This is the future of senior care,” Turner says. “It’s time to get ready.” 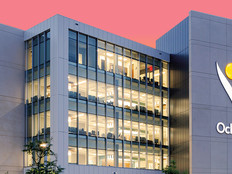 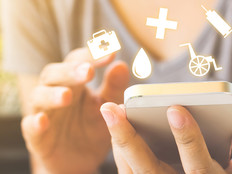 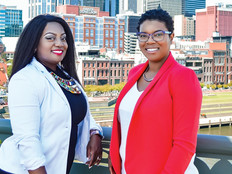